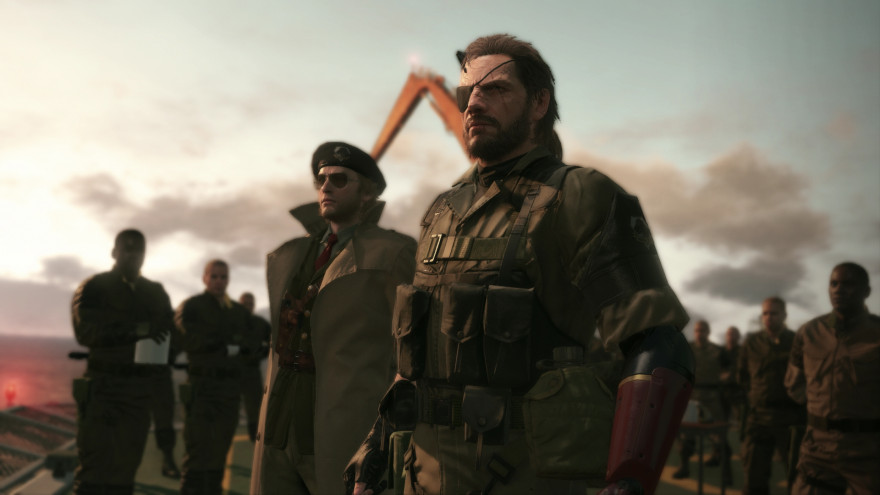 Nuclear deterrence has long been a subject of Metal Gear Solid games: the idea that if all sides of a conflict have weapons of mass destruction, then nobody will use them. But is that really peace?

That’s what a special mission in Metal Gear Solid V: The Phantom Pain hopes to address. A cutscene associated with the event was datamined from the game files a few months ago, but now Konami has officially kicked off the event itself, which invites Phantom Pain players across all platforms to dispose of the nukes they’ve built or work together to forcefully disarm uncooperative players’ nukes.

The option to build nukes on your Mother Base in Metal Gear Solid V comes after a certain story point, but they factor into the multiplayer element of the game very heavily. If you build a nuke, it means you can only invade the Forward Operating Bases (FOB) of players who have also built a nuke, but if you fail to successfully infiltrate and take control of that player’s base, then they have the option to bomb your FOB, destroying everything you’ve worked for. If players with nukes invade you, then you get the same choice if they fail.

What this effectively means is that the players who are making it their mission to disarm other people’s nukes in Metal Gear Solid V are taking on huge risks in-game. If they invade a player’s base with the intention of disarming their nuke, but fail, they could be set back to square one. Yet despite this, there are groups of players banding together to make this happen.

It’s working, too. According to Konami’s official page for the event, the number of nuclear weapons owned per platform has reduced drastically from November 1st to November 25th. On Playstation 4, the number has dropped from 2,761 to 352. On PC, it’s gone from a whopping 36,552 to 15,691. The most recent numbers indicate 165 left on PS4 and 10,450 left on PC.

Once players have disarmed all the nukes within a regional server (so not in the entire world), the special cutscene will play. While it depicts an inspiring scene involving Metal Gear Solid‘s cast of characters, it ends on a pretty somber note for the real world involving: a brief history lesson about the rapid proliferation of nuclear weapons during the Cold War and various nations’ attempts to reduce that number, a quotation from U.S. President Barack Obama about the decreased threat of nuclear war, but the increased threat of a nuclear attack, and a statistic that puts the number of nuclear warheads in the world at over 16,000…