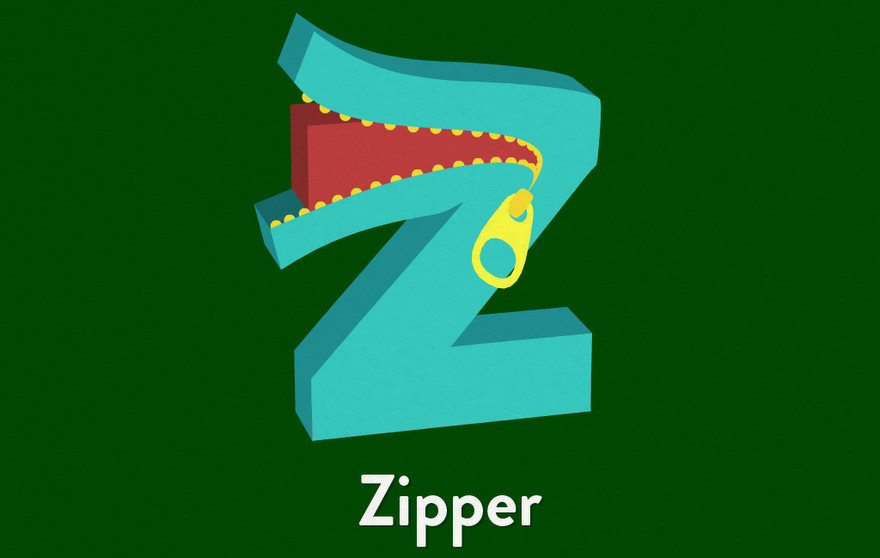 In Back to the Future Part II, a teenager from the 1980s visits the future and is chided about how he plays videogames. He uses an actual, physical controller that you hold with your hands. The kids watching him laugh—that’s a baby’s toy. I always laughed, too, because of the absurdity—because, well, of course you use a controller. How else would you play games?

Then I played around with Metamorphabet by Vectorpark and remembered that my daughter is growing up in 2015, the year that Marty McFly visited in that movie.

Vectorpark’s creation takes shape as a series of plucky, interactive alphabet flash cards. Each letter has been paired with a few words, with the character’s shape morphing and twisting with your pokes and swipes. The letter F grows a Python-esque stomping foot before growing feathers, turning into an oscillating fan, and finally starts flying. C expands into a rolling cone before spinning into a wailing siren on a car being driven by a caterpillar (naturally).

Each letter’s set of words have little to do with each other, leading to a freewheeling feeling that anything can happen—albeit on a very small scale. The most “game-like” in the long line of digital toys by Vectorpark, Metamorphabet unsurprisingly has a beginning (A) and end (Z), with little of the aimless, effortless exploration that made their more ambiguous titles like Windosill or Feed the Head feel like neverending, solution-less puzzles.

This is the way my daughter is going to learn as she grows up—not through static images on printed cardboard, but with vibrant, digitally created, interactive characters who react to her touch, who explain themselves in high-quality voiceover audio. Her toys will talk to each other and recognize that she’s there. They’ll play with her just as much as she plays with them.

The dichotomy of learning and play in children’s lives has long been the debate of psychologists. I’m far from an authority on where the topic should land, but I do have to wonder if having so much stimulus delivered to my daughter, rather than springing from an inner creativity, will ultimately be to her detriment. As a new parent, the first thing I learned was that if you try to research the “right” way to raise your kid, you’ll find it’s a great way to land yourself in an anxiety-fueled panic. Of course, this fear that society’s changing views on technology will forever alter the way we function as people is nothing new, nor is handwringing that perhaps we’re jumping to conclusions.

So when my daughter is transfixed by these squidgy, rubbery, playfully-rebounding letters as I poke and prod at my phone, I can’t fret too much over the method of delivery. The content is still the same. If this collection of friendly, yet faceless, alphabetized words can at some level help her learn an appreciation of language, imagination and technology, then maybe it’s just best to admit that the device in your hands really is a baby’s toy.