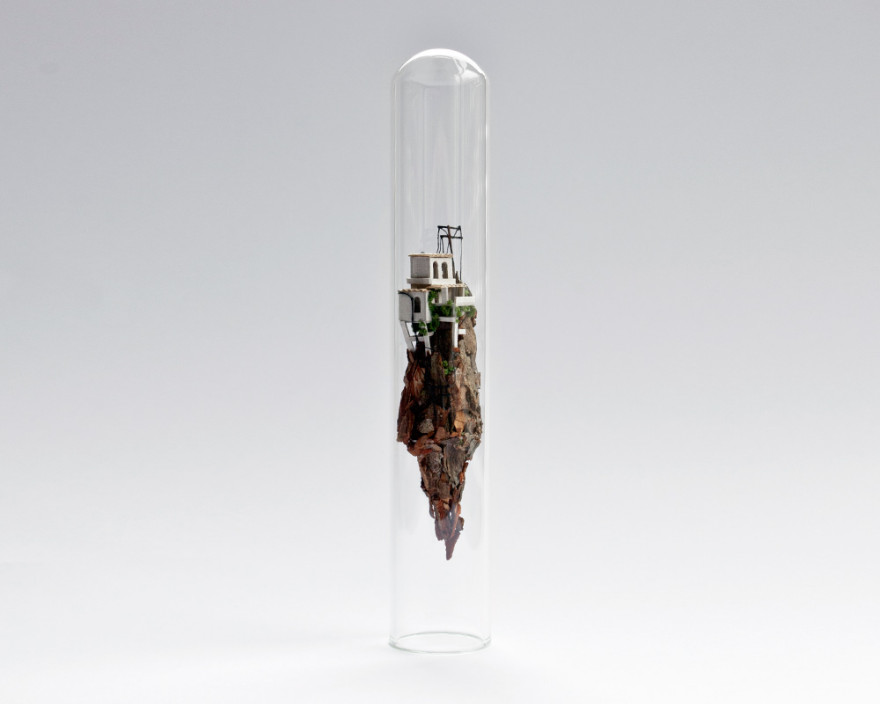 To use Zoolander terminology, these are homes for ants. There are no ants here, but the scale is appropriate for the little critters. Instead, what you have is a series of cylindrical dioramas, wherein buildings float in midair on the earthen bases. The facsimile of soil beneath these buildings tapers like the flame coming out of a rocket engine. In a sense, these scenes have achieved liftoff. As part of her Micro Matter series, De Jong had created all sorts of homes, from experimental towers to teepees, with a smattering of silos and smaller domiciles in the middle.


The test tube used in the Micro Matters series function primarily as convenient vessels, but they also serve as a reminder that housing can certainly be experimental. Indeed, America’s history of public housing is often referred to as an experiment. This attitude is not always for the best: by virtue of being experimental, such developments represent a small percentage of the overall housing stock. Experimental housing remains a curiosity—sometimes beautiful and sometimes a failure. Rosa de Jong’s houses in test tubes, on the other hand, are consistently beautiful. If only they could scale up.