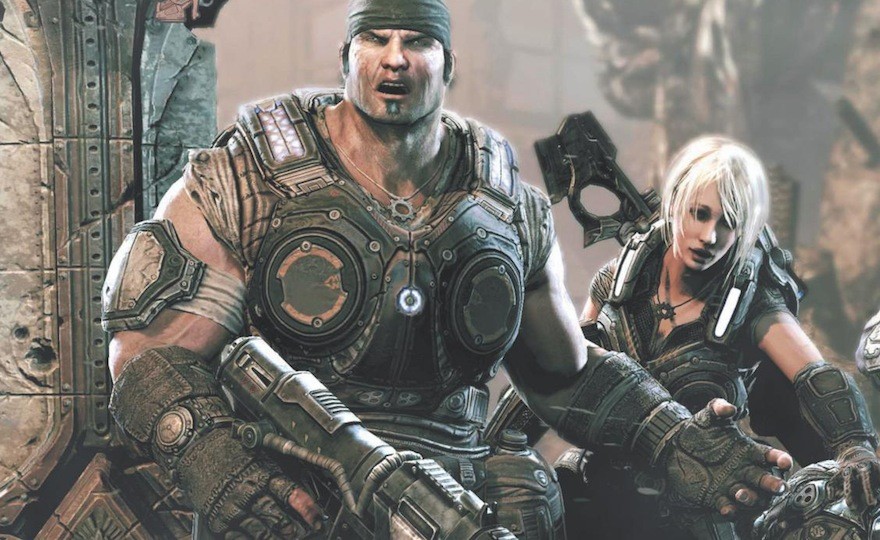 Microsoft has snapped up the rights to Gears of War from Epic Games and will be continuing the series, the tech goliath made known today. It sounds like we can expect an indefinite amount of masculine men built like slabs of concrete snapping to cover behind, um, slabs of concrete. This is good news, though, as it means Gears won’t turn to rust and Epic is freed from the duty of keeping the chainsaw guns polished.

Black Tusk Studios, Microsoft’s mysterious studio who has yet to produce anything, is working on a new Gears game, presumably for Xbox One. Previously, they were said to be creating an all-new franchise that would be as big as Halo, so either plans have been changed, or they’ll be taking on that mammoth project in addition to Gears. The young studio may have the pedigree to pull it off, as they are staffed by former EA employees and have hired Rod Fergusson, the director and producer of the first three Gears games.

So why did Epic bail on the franchise? Possibility A, which is less interesting, is that this is just business. Possibility B is that they grew weary of pumping out sequels and iterations. This recalls the saga of Bungie, which repeatedly expressed that they were tired of making Halo and wanted to move on to something new, but Microsoft insisted that they make Master Chief bio-epics forever. Eventually, the two split up, with Microsoft retaining Halo, and Bungie moving on to do Destiny, which looks amazing. This wound up being great for Halo fans, who get to keep playing Halo, and for the rest of us, who were itching to see Bungie flex their creativity again.