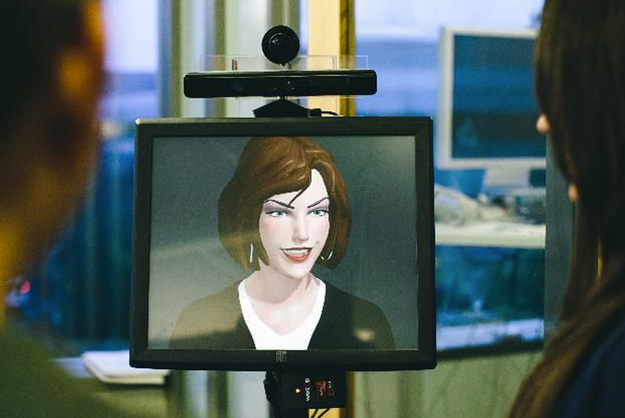 In an effort to prove that humans and robots can interact on a more meaningful level, Microsoft has showcased its Situated Interaction project, an immersive experience ed by distinguished scientist Eric Horvitz, and his colleague Dan Bohus. The fully-immersive experience features elevators that can predict if you need a ride, and robot secretaries that rely on work calendars to allow, or deny, appointments.

“We’re addressing core challenges in artificial intelligence,” Horvitz says. “The goal is to build systems that can coordinate and collaborate with people in a fluid, natural manner.”

“Intelligent, supportive assistants that assist and complement people are a key aspiration in computer science,” Horvitz says, which is why he expects fierce competition from similar companies in the same space.

While Microsoft claims the applications could be as wide-ranging as aerospace, medicine, and disaster relief, right now the focus seems to be on making mobile devices more intuitive. As with many similar projects that aim to replace people with robots, the question to ask, why are we in such a hurry to replace ourselves?