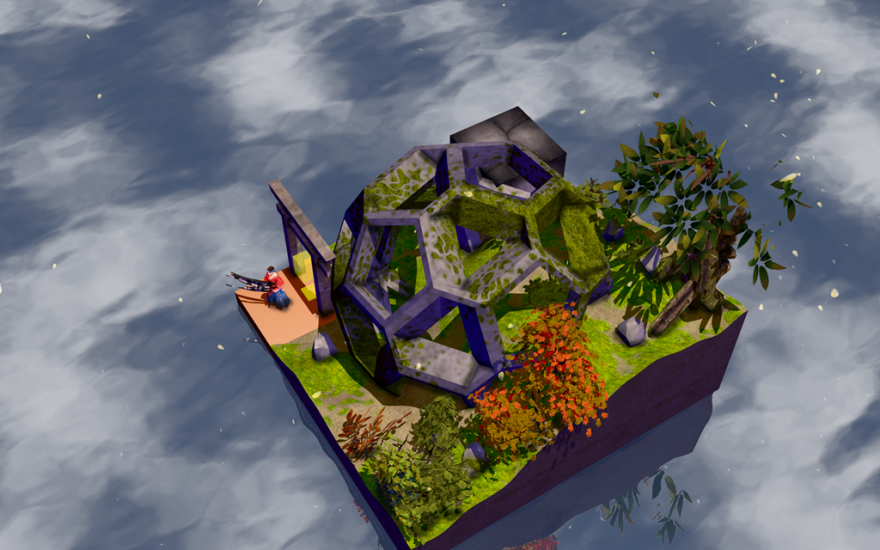 As far as dimensions go, the 4th dimension is pretty impossible to understand. That’s because you can’t perceive or really even conceive it. But according to Miegakure creator Marc Ten Bosch, his metaphysical puzzler inspired by Japanese gardening allows the 4th dimension to be made real.

Over at The Creator’s Project, in probably the most fascinating interview with a game dev ever, he gets all esoteric about math and explains how the dimension-shifting in his game is based on mathematical concepts, which are actual proof that the 4th dimension does exist. He says:

Does a fourth dimension of space actually exist in the universe we live in? I would argue that the fact that it exists mathematically and that we can now represent it and interact with it using a computer makes it very real, in a strange way.

This gets a little tricky, but he goes on to explain how in a computer simulation a game world can be modeled in 4 dimensions (x, y, z, and n), although we can only see 3 of them. That’s why in trailers you see the edges of his structures disappearing off-screen. But even in its fleeting state you can get a feel for what it is. “This game is an expedition into unknown frontiers of our universe,” he says.

Go read the whole thing and prepare to be amazed.