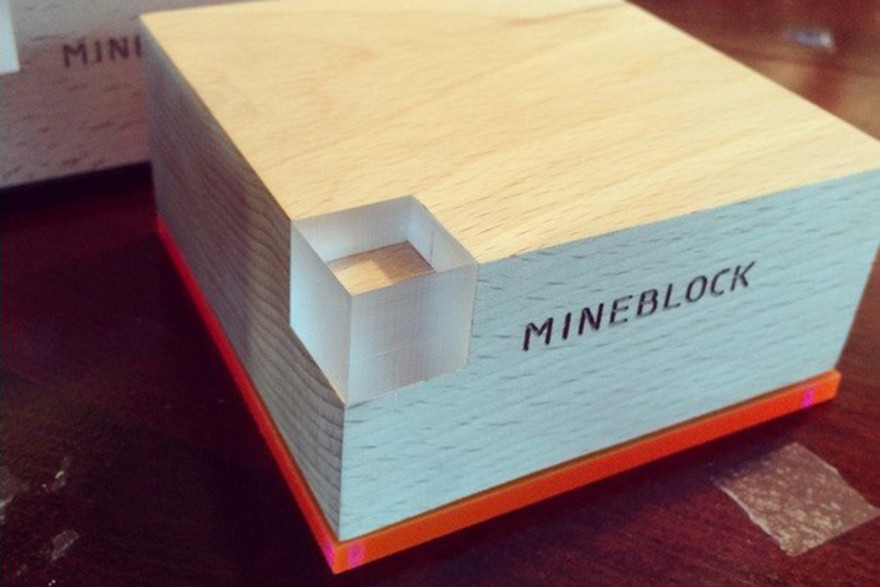 Canadian super-dad Haig Armen would not sit idly by while his son’s Minecraft masterpieces were virtually trashed by Internet miscreants known as “griefers.” And so, as Jamin wrote earlier this year:

“About a year and a half ago, Haig began working on an ingenious device called the Mineblock. A physical object powered by the credit card-sized Raspberry Pi computer and not much larger than your hand, the Mineblock does just one thing: it runs a private Minecraft server.”

Armen’s creation is now on Kickstarter with 29 days to go and a pledge goal of $50,000 CAD. Though still a prototype, the Mineblock is designed with consumers in mind. After speaking to other parents in his community, Armen realized there is in fact a viable market out there for his idea.

We all know the Internet is home to a variety of jerkwads—we’ve all read the YouTube comments and we’ve all seen the hashtags. It’s no place for eight-year-olds. Concerned parents want to provide a safe space for their children to play, away from prying pickaxes.

Mineblock’s future is looking bright for these children of the Minecraft era. They’re spared the tragedy of stepping on stray Legos, and now they can construct entire worlds without worrying about griefers mucking up their hard work. Armen plans to develop more options for parents looking to monitor their childrens’ gameplay, as well as design ways for Mineblock to be incorporated in the classroom.