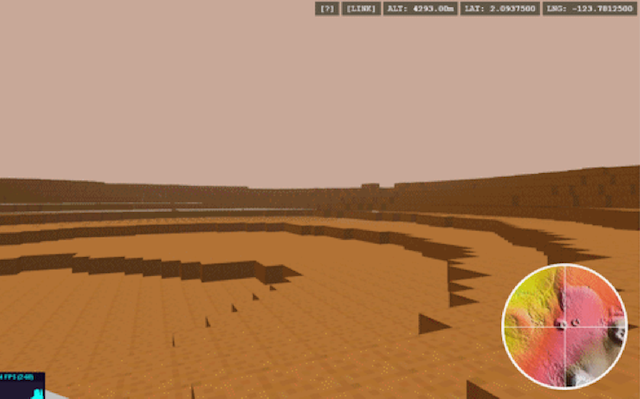 At this point pretty much every square inch of Earth has been recreated in Minecraft, so the web developer Rachel Carvalho has turned to modelling alien planets in the popular game about blocky construction blocks.

Her project Voxel Mars is a Minecraft mod that lets you trudge across the vacant cavities of the red planet. The recreation is pixel, er, voxel perfect, pulling topological data from the data of the Mars Orbiter Laser Altimeter, an instrument that measured the surface by shooting laser pulses at the landscape from a spacecraft.

What cool, scientific-minded projects like this show is how Minecraft has struck a chord within the educational community. It’s a game built on popular videogame elements like collecting, crafting, and fighting, but that also teaches us about history, physics, computer science, and astronomy, which is kind of wonderful. And sugar-wise, it’s more economical than the Taj Mahal I built of sugar cubes in 4rd grade.