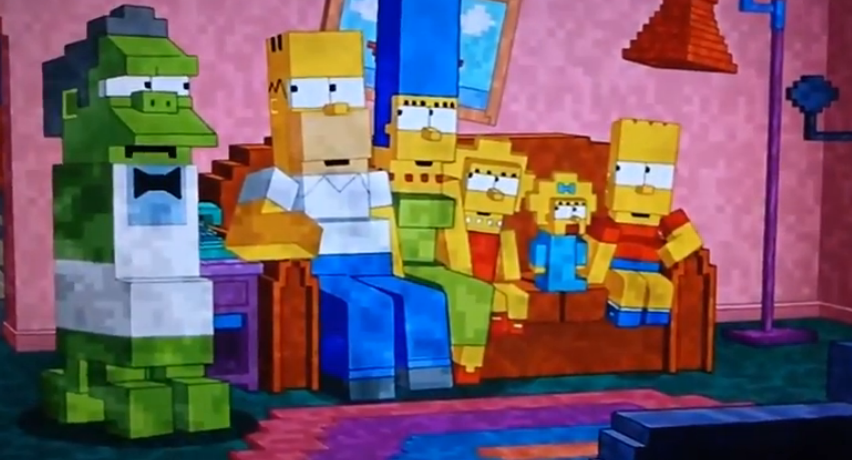 Is there any bigger indicator that a person or product has made it than getting featured in a Simpsons intro? Well, Minecraft has crossed that threshold and joined the upper echelon of pop culture. Last night, during the opening credits, the familiar logo was, uh, somewhat cleverly replaced with the words “The Simcraft.” The scene that followed, which is by now burned into our unconscious—Homer and Bart and Maggie and crew bum-rushing the garage in a mad dash for the couch—was rendered in blocky cubes in a tribute to the mega-popular gazebo-building game. True, The Simpsons is not what it used to be, but there couldn’t be a better fit: the show that refuses to die, and a game that looks to do the same.