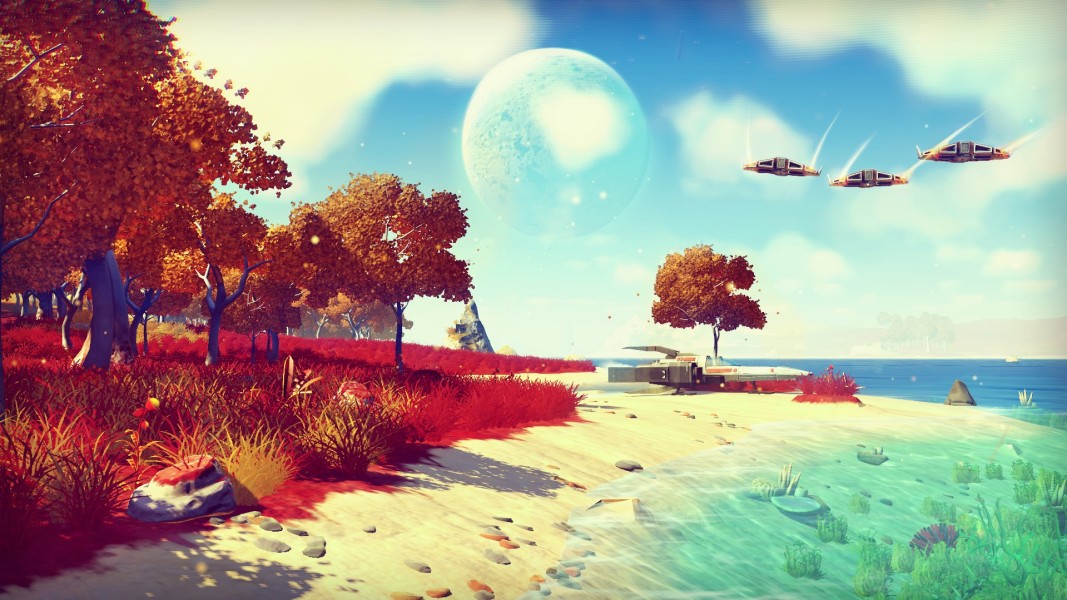 It’s early 2007 and I’m excitedly downloading the client for the beta of The Lord of the Rings Online: Shadows of Angmar. Eventually the installation completes and I jump into the skin of a dwarf and… hang on a minute, Ered Luin? I’ve never heard of this place. I work my way through the tutorial mission and find myself in the snowy wastes of the Blue Mountains, far from any locale in Middle Earth I’m familiar with. Confronted by these unknown territories I did what would come naturally to any player.

As I travelled through the various locales the game offered me, only levelling and progressing the story when I needed to, I found that I didn’t care much for my character’s development, or the story he was involved in. I wanted to visit Weathertop and walk from Hobbiton to Bree and follow the frightened footsteps of five fleeing halflings. I wanted to see the barren Ettenmoors and those places which are only mentioned in myth. So I did, I fought and travelled for the reward of a few nicely-rendered pixels. Yet to me it meant more, showing me lands steeped in history and magic. The game had instantly created an interconnected world which I could travel and discover, something the books and films had been unable to do.

I’m not alone in this adventurous urge, as can be seen in the popularity of games like Minecraft and Terraria. These games place an emphasis on exploration and discovery—not through story and plot but through the player’s own undirected activity.

an emphasis on exploration and discovery—not through story and plot but through the player’s own undirected activity.

A particularly exciting project has appeared in the form of No Man’s Sky, a procedural universe explorer from Hello Games, which caused quite a buzz when the teaser trailer was revealed. Starting in the depths of a vibrant ocean we are told that its name is the New Eridu Ocean and that it was named by Hazel. The avatar moves out of the water and we see a red forest, the horizon obscured by a slope; then we are turned to walk along a beach. By this point I’m already wondering what lies over that hill, what secrets can be found in those woods, what … enter a spaceship. Suddenly the prospect of exploring the planet is cast into shadow by the promise of an explorable universe. Flashes of other worlds and adventures come up on screen, tantalising the viewer with possibilities. Finally comes the credo: “Every planet procedural. Every planet unique. Every planet unexplored.”

It’s this desire to discover which drives many players of games. Sometimes these players of games are also archaeologists, such as Dr. Shawn Graham, Assistant Professor of Digital Humanities at Carleton University. He was drawn to archaeology because of a sense of “Romance, mystery, allure, the ‘other’, the desire to travel … I wanted so much more from the world.” It’s the same impetus that drives the popularity of the aforementioned games. Just look at something like kurtjmac’s Far Lands or Bust!, an epic three-year quest to reach the fabled Far Lands of Minecraft. These lands lie at the edges of the world, where the procedural algorithm begins to fold in on itself, creating a landscape of sheer and broken cliffs hovering in the sky, water and lava cascading down onto beaches of sand and dirt. Kurt decided to see if he could walk to them, even though others had used the console to teleport there. The popularity of series like this show that many players are secretly armchair archaeologists, seeking the next great discovery as well as glorying in the journey which took them there.

Yet, despite this apparent itch for the unknown, there are still no true archaeology simulators. All of these games, despite their promise of unknown lands, give no indication of anything intelligent other than players existing in these lands. There’s no history to these worlds—the start of the game is year zero. This, for me at least, sucks some of the excitement out of exploration. I loved uncovering the history buried in the dark corners of Middle Earth, but I knew what was coming. I was sightseeing, a tourist in a discovered land, but I wanted to be an explorer.

Perhaps this is because, despite Indiana Jones, archaeology is not perceived as a very sexy field. It’s a day-to-day grind—muddy fields, tedious statistics, lots of work for incremental gains. But, for Dr. Graham, “Archaeology and videogames share a number of affinities, not least of which because they are both procedurally generated.” This is true not only in their creation but also in their active state. Dr. Graham said that in archaeology there is always a strategy: “Follow the method, and you will have correctly excavated the site/surveyed the landscape/recorded the standing remains/etc”. Videogames also require a similar approach: follow the method, and you will have correctly traversed the room, solved the puzzle, beaten the boss, and so on. We can easily place archaeology and videogames within the same methodology, and so implementing one through the other shouldn’t be too difficult.

Maybe then it’s because the field of archaeology is too dry, reducing past lives to entries in a log book? This is exactly the opposite of what Dr. Graham, for his part, imagines to be the core of archaeology. He says the field “produces powerful narratives, powerful ways of framing our current situation regarding the past and the present.” He cites the work of Colleen Morgan, Sophie Hay and Lorna Richardson as particularly good examples of this reflective approach to archaeology. These archaeologists rebuke the perception of the field as a boring, static and inaccessible place; they want to drag the discipline into relevancy by exploring new methods of gathering data and using it as a framing device for “looking at our current situation regarding the past and present.” Archaeology isn’t just about finding fragments of histories but building narratives within those histories. (Hay’s posts about 19th century graffiti on Egyptian ruins are an excellent primer to this sort of research.)

This approach to archaeology uses it as a method of narrative reconstruction. Small details are uncovered within the environment and are used to reproduce historical spaces and stories.

why haven’t we seen a proper archaeology sim yet? The answer is people, or at least sentient actors.

It’s an approach which has also been applied to videogames, typified by Henry Jenkins’ essay Game Design as Narrative Architecture. The essay posits that games are most effective when creating an environment in which narratives can take place. He wants games to be treated like a playground, not a novel. Videogames, like archaeology, can be used as a framing device for meaningful narrative.

I asked Dr. Graham what game he thought came closest to capturing the spirit of archaeology, and he responded, perhaps unsurprisingly, with Minecraft, because of “its community and especially its ability to be adopted in educational circles.” Effectively, its aptitude to being used as a narrative skeleton, allowing players (and onlookers) to build the body of a story around it, whether it be an adventure, such as Far Lands or Bust!, or a learning narrative.

The environment can be created, the methodology is synergistic, so, again: why haven’t we seen a proper archaeology sim yet? The answer is people, or at least sentient actors. In order to explore and uncover the mysteries of societies-who-came-before those societies must first be simulated and generated: individuals need to live and die within a history for there to be any history at all.

It’s something which Dr Graham has been working on himself, in order to create explorable stories in certain situations, be it a Roman bazaar or a rural villa. He calls the method “agent-based simulation”, which uses evidence gleaned from physical archaeological findings to simulate how individuals within a certain society would react to certain situations. In effect, a framework of a historical space is built up, then applies “rules of behaviours that describe how the NPCs interact… to accurately capture the target ancient civilization”. Although developed as an educational tool this methodology could be adapted to generate an entire civilization of actors upon generating a world.

If this sounds impossible then you just have to look at Dwarf Fortress, which uses an incredibly complex world generator which can create millennia of history— a history so detailed that you can look up what every NPC to ever exist was doing at any given time. Yet the simulated civilizations lack the detail needed to properly recreate an archaeological narrative. Dwarf Fortress worlds might be sprawling in their detail but are relatively shallow societally.

However, in addition to content, context is needed to provide meaningful narratives. Dr. Graham explains that “if there is no rhyme or reason—we stumble blindly—then the procedures do not describe an ancient (or any) civilization.” A meaningful discovery needs to have meaningful actions behind it, not just the random occurrences of a number generator. Yet, despite its lack of context, Dwarf Fortress still proves that although the task would be complex, it’s not impossible to generate histories on a grand scale.

There are many games which feed off of this archaeological impulse in players, mainly with regards to exploration and discovery, but none have yet managed to completely capture the full effect. When I discover a beautiful valley in Minecraft, it’s exciting because I know that no one else will have seen this particular landscape; but without other actors having existed in the game world the experience becomes too personal. I’m the only person who ever has or ever will see what I’m seeing, and this lack of context destroys the narrative potential of the discovery. Will upcoming procedural games such as Starbound and No Man’s Sky crack the code and create a lived-in universe?

I don’t know. Dr. Graham pointed out that there may be other ways to achieve this goal. “Why not go AR,” he said, “and put your procedurally generated civilization into the local landscape?” The idea is enticing. But until then I’m left on my own, in my vacuum-packed world, digging up pixels.