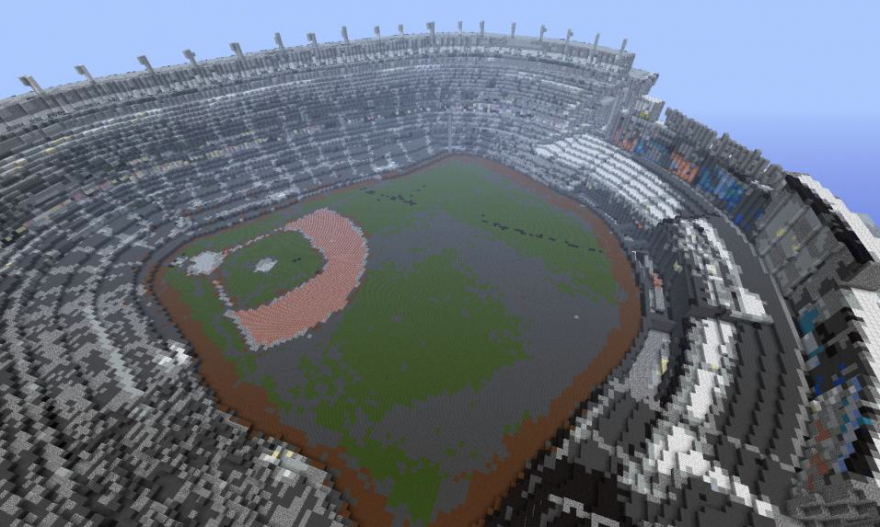 We kind of joke when we talk about Minecraft and say that one day the entire structure of the Earth with be plotted in coarse cubic pointillism; but maybe we’re not joking. At least Manhattan will be accounted for, as the ambition of Minecraft creator Christopher Mitchell is to model the 13-mile strip of concrete jungle with 1:1 precision. That means Yankee Stadium, the Chrysler Building, the New York Public Library, Times Square, et cetera; all rendered in the pallor of New York’s iconic grayscale.

How might one man with nothing better to do with his free time pull off such a feat? Well, according to Ars Technica, by using “orthoimagery, bathyspheric, and elevation data from the USGS EROS service, and 3D buildings from Google’s 3D Warehouse.” Let me translate: He’s relying on information readily available on the net, like Google Maps.

This raises numerous questions. One, is the most important PC game of our time ultimately just a real-world modeling kit, the digital equivalent to those craft store kits that are the domain of classic car enthusiasts and war vets? And the other, more pressing issue: is Kill Screen on the map? It doesn’t sound like it. The modeling stops just shy of crossing the Brooklyn Bridge, which means we just miss it. Drat.