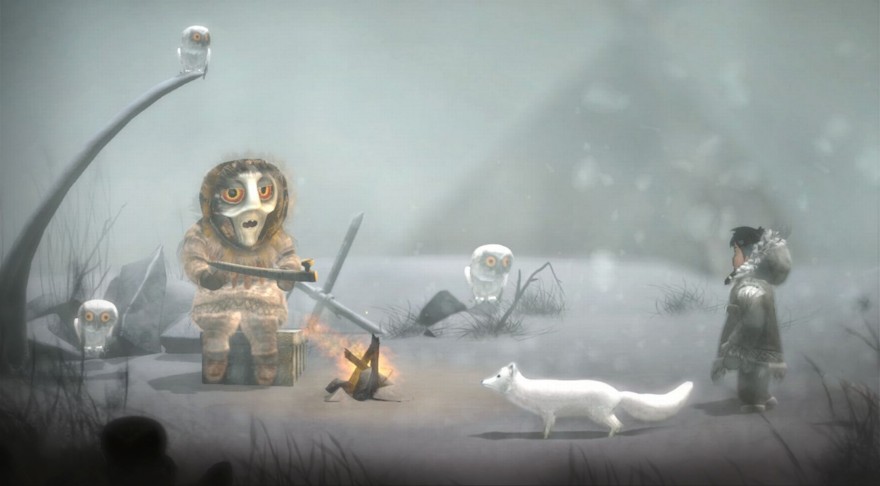 Once in a while, a game comes along that changes what people think the medium is capable of, both inside and outside the community. Never Alone (Kisima Ingitchuna), known as the first Alaska Native videogame, is one of those experiences. More than just a beautiful platformer, Never Alone explores Iñupiat culture, retelling some of the tribe’s time-tested stories and traditions. Through a process the team calls “inclusive development,” the Cook Inlet Tribal Council (and spokesperson Amy Fredeen in particular) teamed up with Upper One Games studio to preserve and share their isolated culture with the rest of the world.

Demonstrating just how wildly the experiment succeeded, Never Alone has been nominated for a variety of awards while the creators speak at all manner of conventions both inside and outside the gaming industry to explain how they pulled it off. To promote their appearance at the Future of Storytelling Summit this October, the organization even put together a five minute documentary on the significance of Never Alone‘s process and what it means for innovation in narrative.

“the whole process of videogame making needed to change”

Never Alone may have invented a new genre known as “world games,” which aims to share, celebrate, and extend cultures from around the globe through interactivity. In the documentary, Amy Fredeen from the Cook Inlet Tribal Council explains that videogames felt like the best bet to communicate the sensorial nature of the Inupiaq storytelling tradition. “When we looked at how [a connection between our culture and the rest of the world) could be made through videogames, it seemed natural. The player is there, engaging in a story.”

But considering the industry’s previous treatment of indigenous cultures (in a word: painfully stereotypical), Fredeen knew that in order to make their game right, “the whole process of videogame making [would need] to change, and we needed to set that bar higher.” Which is how a tribe of Alaskan Natives came to collaborate on a lengthy project with an entirely foreign community known as “game developers.” The documentary focuses on the team’s dedication to the inclusive game design process, and how it made Never Alone a better artistic tool for cultural preservation. As a result, the videogame became a hybrid of ancient oral storytelling and cutting-edge narrative technology: through engagement with this community of talented storytellers, the interactive experience renders players part of the traditions themselves.

You can watch the mini-doc below, learn more about the Future of Storytelling Summit here, and follow the game’s Twitter here.