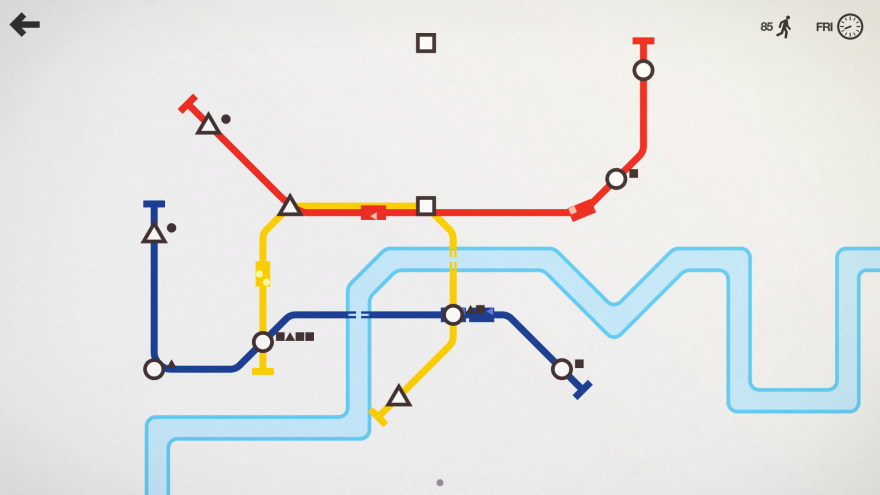 My walk to work is rife with construction; large swaths of land are cordoned off, sidewalks reworked and traffic patterns changed, all because of a big green stripe being added to our Massachusetts Bay Transportation Authority maps. A project in the works since 1990, the Green Line Extension project only actually started to take shape in 2012. The MBTA started to put down the bones. And then it was halted. Revised. There’s a new plan now, but things still seem shaky.

As it turns out, reworking a city’s transit system isn’t is easy as plopping a line down on a map. But in Mini Metro, it is. Dinosaur Polo Club’s subway layout game, previously available on Windows and Mac, is out now on iOS and Android. Maybe you can fix the problem. Mini Metro removes the politics of designing a city’s subway system—the only thing that matters is keeping the trains moving. Everything but the system’s tangled lines is automatic; you’ve just got to keep up with the city’s commuters. Don’t make ’em wait too long. 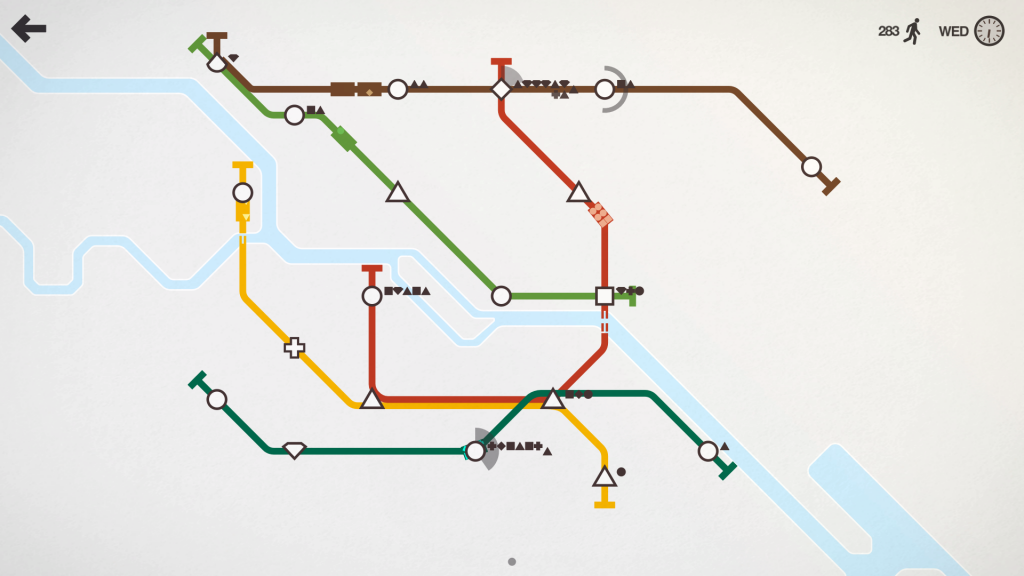 If you’ve played Mini Metro on PC, the mobile version will be familiar. Dinosaur Polo Club has mostly been tweaking the game for optimization on a tiny screen. “We found that [Mini Metro] was very fiddly on phone-sized screens,” designer Robert Curry told me. “So we’ve been focusing on small things to improve the way it feels, like tweaking the sizes of on-screen elements and hit-boxes, as well as bigger things like pinch-zooming.”

Pinch-zooming was actually a pretty big breakthrough for Mini Metro on mobile according to Curry. Players are already used to this sort of movement in map apps, that it just feels natural in the game. “It’s kept the usability steady no matter how large the map grows,” he added.

Among the chaos of a growing subway system and not so patient commuters, Mini Metro doesn’t feel stressful. I wish I could say the same for Boston’s public transit system.

Mini Metro is available now on iOS and Android. The desktop version is available on Steam. For more on the game, see Kill Screen’s Mini Metro review.