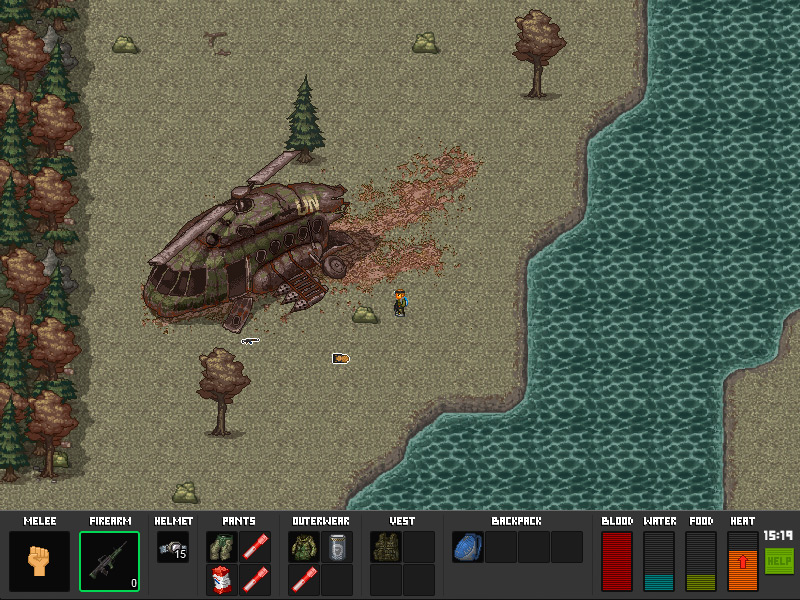 I’d been playing DayZ for no longer than two hours when it first happened to me. Jogging tired and hungry across knackered pastures, I heard a gunshot ring out into the air; an enormous clap that could only have come from a deadly long-range rifle. I dived into the xeric dirt and stayed still. After about a minute, he came over speaking hurriedly in pidgin English. All I understood of it was “don’t fucking move.” So I didn’t.

He took my measly pickings: a tin of baked beans found next to a grimy stove, and a flashlight that was stuffed into the corner of a rundown barn. I remember entertaining the idea of cooking the beans with the heat of the flashlight’s bulb when looking hopelessly at my inventory once. When he was out of my pockets, he strung teeth-sounds together that, I think, was his way of telling me to run northwards and to not look back. It didn’t matter; he shot me anyway in mid-sprint, probably just for kicks. Asshole.

This is how DayZ‘s dispersed community of online players have learned to play the game. With growling stomachs to feed, parched maws to quench, and sprinting zombies restlessly hunting them for brains and blood, they survive through selfish, ruthless, and cruel acts. They have to, or so they say.

being held captive by others in DayZ as if it were a real-life war zone.

As a new player, it feels brutally unfair when you’re first robbed, even if you have nothing of value. You spend those first formative hours learning how to deal with hordes of zombies (you run away fast) and training your eye in the school of scavenging. It’s enough of a struggle as it is, especially with permadeath stripping you of progress over and over.

Sure, I’d read about the stories of people being held captive by others in DayZ as if it were a real-life war zone. I knew about it and was expecting something to happen to me. But experiencing that first robbery felt like a low blow. And although I didn’t realize it would be at the time, it ended up being the final straw for me; I haven’t played the game since.

What might bring me back is a single-player version of DayZ. And I know I’m not the only one who thinks this as I’ve seen other beaten-down players asking if they can play DayZ offline, by themselves, in its forums. “The game will never have this,” is always the annoyed answer, “but there will be mods when it’s fully released,” reasons one person’s reply.

A single-player standalone goes against the entire design of DayZ and what has made it so popular. But I don’t care. It would be ideal for getting to grips with the world before having to deal with the savage and uncaring players who have worked their way up to the status of prat-ass warlord. Dealing with them when you’re starting out is like Mussolini’s 100,000-strong army of tanks and flamethrowers crushing ‘s helpless defense of camel riders and war drums. I’d wear a learner’s ‘L’ plate if I could, but that would probably make me even more of a target, actually.

Well, anyway, it turns out there is a single-player version of DayZ. Sorta. MINIDAYZ is a fan-made game based on DayZ that has been picked up and promoted by Bohemia Interactive (creator of Arma, of which DayZ was originally a mod for). Yeah, it’s a 2D, top-down take on the game, but it’s practically the same sans the online functionality. I’m still terrible at surviving the zombie apocalypse, that should go without saying, but at least I don’t have to fear the humiliation of being stripped down and searched by a power-mad Rambo wannabe every hour or so now.

You can play MINIDAYZ in your browser but need to have a Interactive profile first.