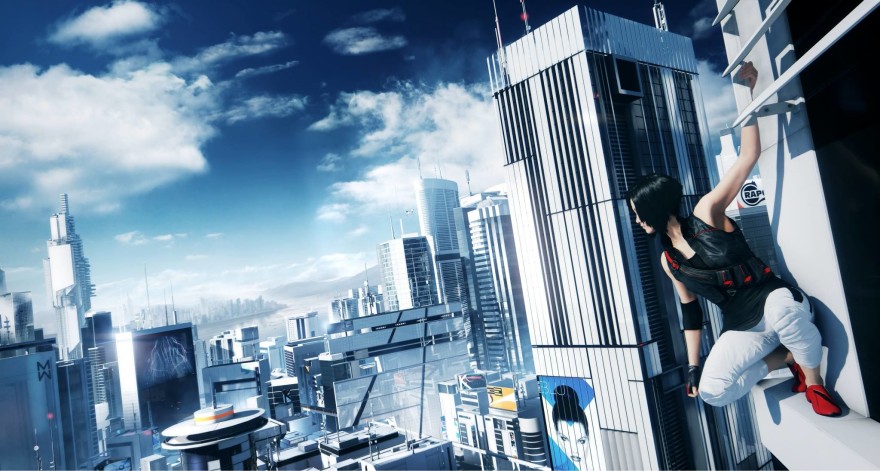 “We always want more control,” said EA DICE’s Fabien Christin, Senior Lighting Artist (and a man who is very particular about reflections), who led a fruitful panel at the Game Developer’s Conference on Thursday morning. In his technical talk, “Lighting the City of Glass – Rendering Mirror’s Edge Catalyst,” Christin listed off the successes and many challenges he and his team faced over the course of developing the as-of-yet-unreleased Mirror’s Edge Catalyst.

“Getting the right white was a challenge”

Christin talked of everything in the realm of lighting, from the “natural” light dependent on the in-game skies, to the reflections bouncing from virtually every surface in the game. In the case of skies, the direct intensity of the lighting reflected onto the scene depends on the time of day (the in-game’s day cycle runs at 48 minutes). When the sun’s reflection bounces off a surface, Christin and co. crank the intensity up to 75% to help the sun consistently illuminate. This is global illumination, a real-time indirect lighting solution, for when those pesky buildings or other objects get in the way.

Then is the case for reflections, a whole ‘nother ballpark in lighting conundrums. To solve the many problems that may arise, Christin discussed four specific adjustments he and the team use to deal with problems faced. The first is distance reflection volume, a sky visibility mask for enlightening. The second is local reflection volume, a “capture point” that can be moved or updated with just the time of the day. The third is screenspace reflections, which helpfully reflects anything visible on the screen. The final is local planar reflection: a mirror for reflecting for characters, such as the dynamic main character Faith.

“Getting the right white was a challenge,” said Christin. “Because pretty much the whole game is white.” White, contrasted with bright reds or other primary colors, has become a strong recognizable aesthetic point for the Mirror’s Edge series. In creating the sorta-reboot title to success the original, the white has become an even more recognizable factor. A specific problem that arose in the in-game sun’s rotation was that around sunset, the natural light contribution fell to its lowest rate. As a result, all the whites looked gray—and that’s a big problem. By dividing the sun’s intensity to create a linear white balancing, rather than a filmic one, the problem is seemingly remedied. “Your brain sees it as white just from the color next to it,” clarified Christin.

Before designing Faith, EA DICE hired models to come in for the day to become in-game models. The development team then opted out of using any of the models, wanting Faith and all other characters to “remain stylized.” Without a model to test dynamic lighting on, Christin elected a 3D rendering of himself in the engine, so that he could perfectly spot the many ways in which light can hit a character’s face at any given time. For the cinematics, an entire other set of rules are placed for the game. There are as many as 472 “lights” on a single track at a time in a cutscene, a truly daunting number, considering the semi-brief length most cutscenes materialize as. At the very lowest level of comprehension, the game sure does look pretty, lighting and all.

Admire the many lights of Mirror’s Edge Catalyst when it’s released on May 24, 2016 for Playstation 4, Xbox One, and PC. Check out our ongoing coverage of GDC 2016 here.