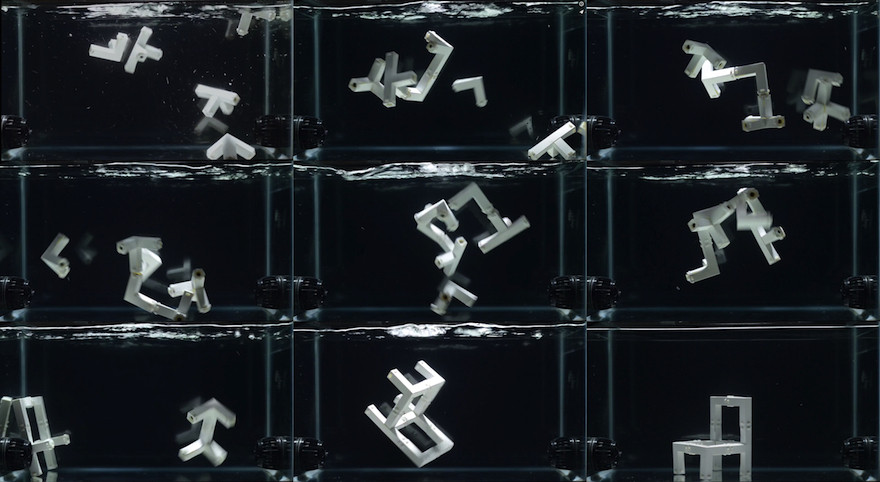 Furniture has long been the domain of the designer and the architect. Designers Charles and Ray Eames are probably best known for their famed Lounge and Ottoman, and Le Corbusier’s line of furniture in metal and leather was a major influence on the mid-century modern style that is experiencing a resurgence of popularity today.

At MIT’s Self-Assembly Lab, though, while most of their researchers have connections to design and architecture, they also spend their time thinking about computer science, and mechanical and biomedical engineering.

In their most recent project, a chair puts itself together. Two nozzles on the sides of an aquarium generate current and the pieces float around the tank attaching and detaching semi-randomly to ultimately form a miniature chair. At this point the pieces stop—the chair realizes it’s a chair.

Some of their previous work has included programmable wood and other materials designed to change the way that buildings or clothing adapt to their environments. They’ve also used balloons and metal to model protein assembly, and created giant mechanical proteins, with the hope that further application can help with designing at a smaller scale later on.

Their video is time-lapse, because this early example chair took seven hours to build itself, but to be fair, that’s about as long as it took me to build the last IKEA product I bought.