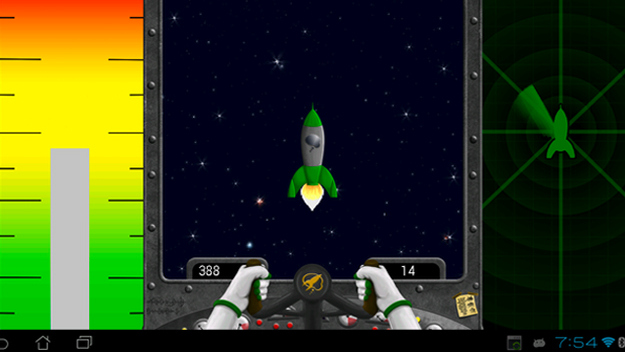 When it comes to mind over matter, Neuronauts is on a whole other level.

The game uses player focus and brain activity to operate. As players focus, their spaceship speeds up to increase their score. Players can also direct their ship to collect Star Boxes for a boost and powerups, which are activated by blinking.

Neuronauts operates with a MindWave Mobile headset, which uses a sensor on your forehead to harness brain activity in real time. The headset picks up brain activity and infers your mental state and focus based on frequency and waves. To dampen other electrical signals created by your body, the headset uses a contact clip attached to your ear.

Neuronauts is free, aiming to gain revenue from advertising. However, unlike other in-game ads, Neuronauts uses PND’s proprietary algorithms to target ads based on mood, emotional state, and brain activity. Ads only appear on the main menu, and should be uniquely targeted.

The next version of Neuronauts is expected to include obstacles such as asteroids, as well as online leader boards, but you can check out the current version on Google Play. An iOS version is in the works.

This post was originally written by Ryan Gerhardt for PSFK