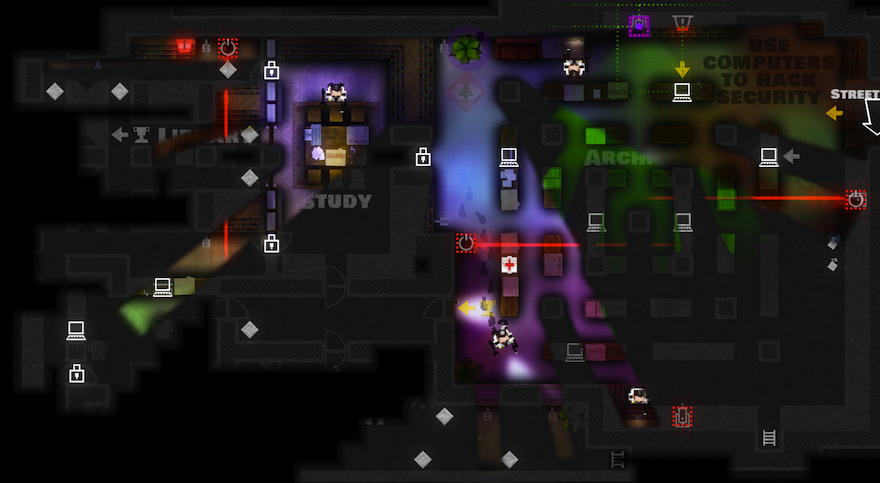 It’s been a long ride with a dead body in the trunk and half-a-million euros stuffed under the seat since Monaco won the Independent Game Festival in 2010. “The money I’ve made from Monaco is kinda gross, when taken in one big chunk. But it’s really only about what I would have made had I been working for a salary [for a decade],” says Andy Schatz in a blog post announcing he is officially done with the game, which came out last April.

Perhaps he’s feeling a little millionaire-dev-shame, or perhaps he’s just a really nice dude (I’m going with the latter), but Pocketwatch Games for the grand finale has dropped 8 new episodes for their Pac-Man-meets-Metal-Gear hybrid, appropriately titled “Fin.” This goes along with substantial updates: a new “The Blonde” class, zombie mode, a second campaign, and player-versus-player. But like every good heist film the game took inspiration from, the credits must roll eventually.