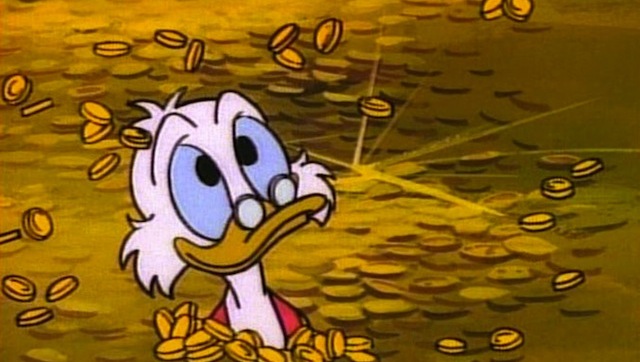 Yesterday Tech Crunch published a corporate profile on the new wave of uber-successful mobile games coming out of Finland, including the popular Clash of Clans, and a game I forget the name of—something to do with miffed red canaries? In any case, the key to success for these filthy rich Fins, says Supercell’s CEO, was that they do it for the love, not the money:

“What I like about the local scene is that most people do not work in games because they want to make money. Instead, they want to make great games. Ironically, I think that is the right approach to take, and will also maximize the financial returns in the longer run.”

This is really hard to take seriously considering that it’s coming from the CEO of a company that’s valued at 3 billion dollars. It’s true that Clash of Clans is a pretty great game, and definitely some love went into it. But it’s also a product of something more lucrative: money. If you’ve played any of these newfangled “free” mobile games you know that everything funnels you towards an additional surcharge. They can move unbearably slow unless you pay up. This is like saying we don’t care about money while making games that are built at their core around making money. The whole thing makes an interesting comparison to the economics of the Nordic region, where, although socialism is the rule, billionaires are ubiquitous.