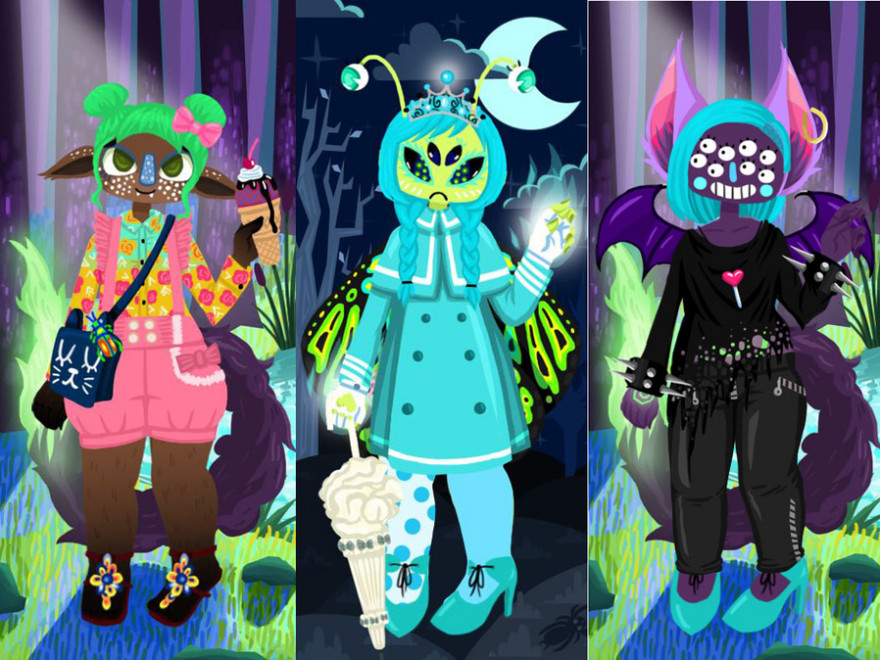 Sometimes (a lot of times), we look in the mirror only to see a monstrosity staring back at us instead of a person. “I am hideous,” you think to yourself, almost automatically. “My arms are too fat, my face too round, and my thigh ‘gap’ would be better described as a fleshy bridge.”

That’s why we invented fictional monsters in the first place: to externalize the internal disgust we felt about ourselves on a daily basis. It’s probably no coincidence that Stoker’s virile, animalistic Dracula started snatching up all the fair ladies of London during a time period that made men feel ashamed for even entertaining the idea of a sexual thought. And keep in mind that natural causes didn’t lead to the creation of Frankenstein’s monster, either. Science did, all while the enlightenment period was raging on in Mary Shelley’s actual world.

Without even realizing it, we learn to embrace—maybe even love—our inner demons through the monsters that entertain us. They speak to us, supplying a wild twinge of fear, repulsion, and irresistibility that keeps us coming back for more. And perhaps some of that can explain why Chantal Moosher‘s Monster Dress Up is so fun to play.

As a genre usually steeped in beauty ideals and the male gaze—while simultaneously serving as some of the only socially acceptable videogames for young girls to play—the dress-em-up game holds a special, twisted place in my heart. I remember being ten and begging my mom to stop by our local GameStop. If the gods smiled upon me that day, she’d turn in with a sigh. Obviously, as a kid, I didn’t have enough of my own money to get many new games. But I knew if I could just defend the game’s productive value well enough, that my mom might consider coughing up the twenty bucks for the CD-ROM. I didn’t know about reviews back then, so I usually went in blind. As it so happens, Barbie dress-em-up games proved to be particularly easy gets. My mom felt much more comfortable buying her daughter pink Barbie computer games (most likely hoping it might help her hapless, indoor kid daughter develop some fashion sensibilities) than, say, Quake. At home, it was either enjoy the Barbie dress-em-up game, or play my 453,000th hour of The Sims. So Barbie it was.

the dress-em-up game holds a special, twisted place in my heart

I find so much of that tortured relationship in Monster Dress Up. Instead of an underage avatar of physically impossible thinness in her bra and underpants, this dress-em-up game presents you with a relatably shaped, yet fabulously monstrous model. You can pick from any number of skin textures, outfits, wings, hairstyles, and horns.  As a true embrace of the monstrous (and not more of that My Slutty Halloween Bratz Doll® bullshit), Monster Dress Up allows you to embrace whatever fucked up psychological damage you might’ve been dealt from the dress-em-up games as a little girl. And goddamn does it feel healing.

Back in the day, one of my biggest (conscious) critiques of dress-em-up games was that they never got curly hair right—if they bothered including it at all. So even though I’d customize the avatar in my likeness in every other way, I always gave her stick straight hair. In my eyes (and in the game’s, and by extension the world’s, eyes), she looked more fashionable that way. While making my diva monster, I gave her the biggest, wildest, most untamable afro available. Now, I envy my dragon-cat monster-girl her luscious mane, and find her exponentially more beautiful for it.

You can play Monster Dress Up for free on your browser.