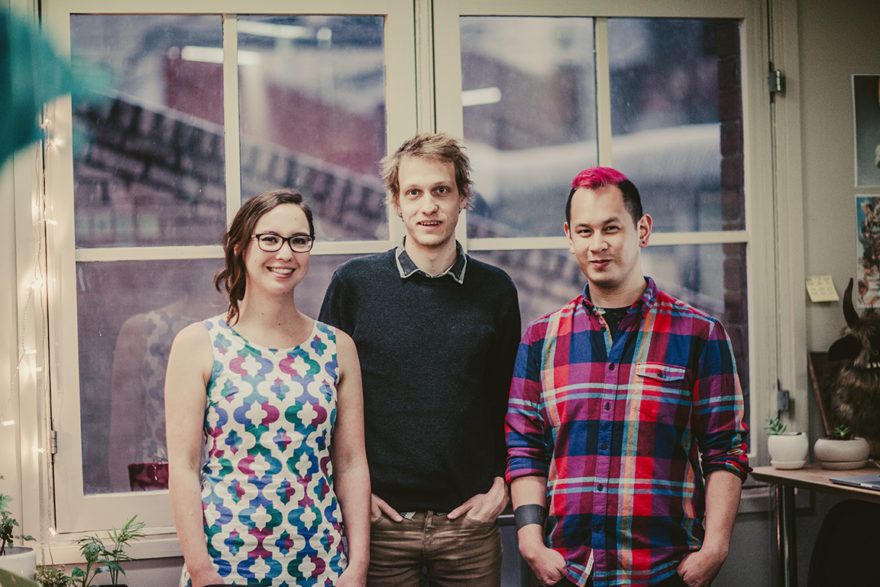 Wong stated on the studio’s website that Mountains is born out of his desire to create a “more creative and healthier” type of games company. Wong’s worked at studios as varied as ustwo, who produced Monument Valley as well as the surreal VR adventure Land’s End (2015); under American McGee in China as the art director of Alice: Madness Returns (2011); and as an independent developer on 2013’s self-explanatory Hackycat (cat + hacky sack = Hackycat. You get it). With that much experience in the industry, it was clear to him what kind of environment he wanted to create with Mountains.

“I think starting a studio in 2016 means putting people first,” he told me. “We’ve been working hard together to create a company culture where we’re challenged to do our best work, while knowing when to take time off or ask for help.” In an industry notorious for crunch and plagued with toxic work environments, large developers often flake on one or both of these. But, unfortunately, these elements can be vital to any company that wants to put out good work consistently. “My goal is to find a balance between boundless creativity, disciplined process, and a healthy support system,” Wong said. Easier said than done, but he’s confident in his efforts.

A large part of this confidence stems from the company’s location in Melbourne, Australia, in a collaborative workspace called The Arcade. Wong is openly excited about the possibilities that the space presents and the community that it cultivates. “To a person, everyone here has been friendly, helpful and enthusiastic about growing the local industry,” he said, lauding the openness with which people spoke about diversity and self-care to “[make] games in a better way.” Melbourne itself has helped with that; the independent games scene has flourished with crowdfunding and assistance from the government, something Wong immediately saw when he visited for PaxAus in 2014. Mountains’s goal of making “small, beautiful games” is matched by each of the 30 companies that they share The Arcade with, and they look forward to both experiencing and contributing to that atmosphere.

Mountains is beginning work on a premium mobile title, to be released in 2017, that aims to explore what can be done with a touchscreen, and Wong is keen to see them bridge the gap between an experience made for traditional “gamers” and an experience made for everyone. Monument Valley’s simple smartphone puzzles are just the tip of the iceberg.

After such a rich journey with so many different experiences, what’s the most important thing to bring to this new studio? “Pride,” Wong said. “I want my team to leave work each day proud of what they’ve done.”