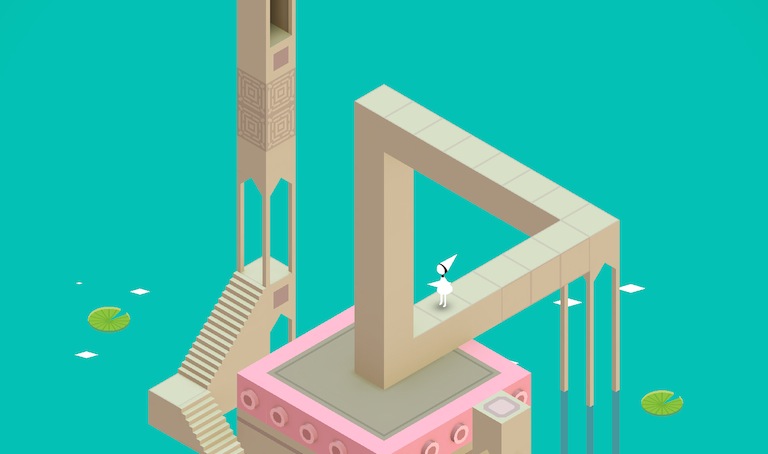 Navigating the impossibly constructed catwalks and minarets in Monument Valley worked so seamlessly that I never stopped to ask, “How did they do this?” This despite the fact the Escher-esque game broke the rules of geometry and rational thought and space. However, pulling off a Penrose triangle that your character can march upon is pretty tricky stuff, because computers are always insisting that players follow strict internal logic, as the devs disclose to Leigh Alexander in this fascinating, if highly technical, interview. Says director Peter Pashley:

Every time [we] made a configuration like this and did what was necessary to stop bad connections forming, as soon as [we] wanted to modify it, [we’d] have to do it all over again.

Click on over to Gamasutra if you’re interested in getting down to brass tacks with one of the year’s more remarkable mobile games.