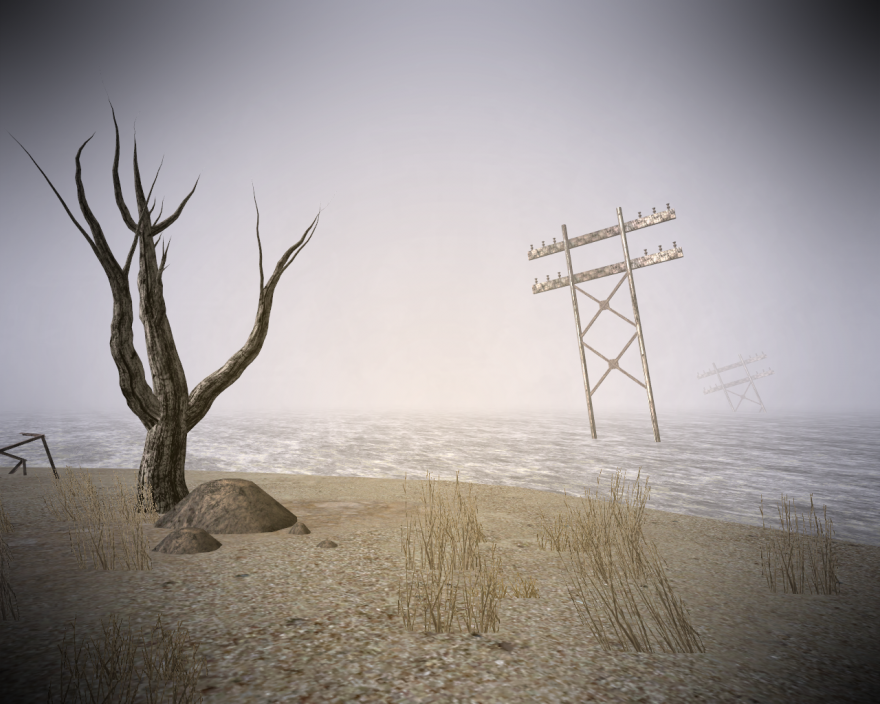 A question with a tortuous number of plausible answers clings to you like a cobweb at the end of David Szymanski’s The Moon Sliver: What is humankind’s greatest enemy?

Most horror tales reinforce the notion that a frightful ghost or a snarling beast provides the biggest threat to our flesh and our psyche; these are the enemies we should fear and loathe. The Moon Sliver plays with this idea in part. Its tensest moments take you into an underground storage area where the darkness dominates and an unfathomable beast of legend is traced.

You scuttle desperately between the two power points that recharge your withering flashlight in this charnel labyrinth. Your imagination is fed with dense, dark chords and chilling passages of text that recount previous events as you fearfully turn each corner. As with his previously chilling Fingerbones, David blends atmosphere and narration to allow you to conjure up your own unthinkable terrors, rather than throwing momentary frights at you with jump scares. But this implied beast is not the only enemy to be found in The Moon Sliver.

The storage area is the dankest region of a small sinking island. Its surface is just as dead as the victims of the beast, though, perhaps more dried and gnarled. Bare trees with twisted branches are what remain of a once leafy forest. Old electrical poles stick out from the sea and are slanted by the force of the waves. They’re a striking symbol for the fall of civilization and loss of hope upon this island. The same goes for the crumbling stone walls of wrecked houses—conjuring memories of lost loved ones—the parched water tank, the grimy barrels and stacks of old books.

This island is no place to live, so doesn’t it represent another enemy—the apocalypse, famine, the struggle of survival? Yet, the four denizens that remained upon this island just before you arrive lived fairly comfortably. They had food, water, and heat. The truer and more disturbing enemy is found within the melodrama of The Moon Sliver.

It’s a classic tale retold with brilliant tension, as it was in John Carpenter’s The Thing and Telltale’s The Walking Dead series. It’s a tale of survivorship among a small group of people that have to rely on trust and teamwork. Betrayal, paranoia, a conflict of beliefs can stick a fork between people and drive them to delusional, mad thoughts and actions.

The Moon Sliver proposes, once again, that perhaps our greatest enemy is our closest allies or, maybe, it’s found within us. Haunting questions are asked but, as always, there are no answers to calm our thoughts.

You can purchase The Moon Sliver for $2.99 on itch.io.