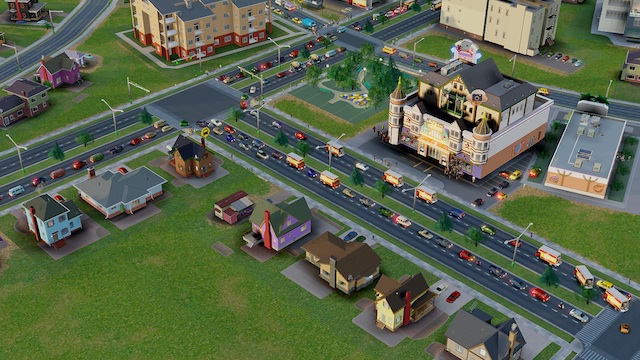 We here at Kill Screen are constantly amazed by the number of ways that videogames, a medium that started off as the frivolous pastime of reticent computer engineers, hasrubbed off on so many different aspects of modern life. Case in point: digital maps. We were navigating overworlds of Hyrule from a pigeon’s perspective long before tech outfits like Google allowed us to click on the corner of 3rd and E 65th St. and peer at our barber shop.

The game with the most auspicious in-game map has got to be SimCity. Arriving this fall, the new installment from Electronic Arts looks to be a stunning simulation of authentic traffic patterns, sewer problems, crime tracking, and green living. The thing the series got right from the beginning is that it keeps track of the factors that make a city a desirable place to live, like high employment and low pollution, and turned them into winning conditions. It is an utopia manager.

As reported at the New Scientist, it would be useful to know this information not just for the land of the Sims, but also for real-life cities. Map companies have been trying to find ways to put this data, ahem, on the map.

I’m pretty sure SimCity was doing this twenty years ago.

What’s more, some of the information added to digital maps has arguably never been charted in real-time before. For example, City Dashboard also displays indicators of local happiness, fed by data from a website called Mappiness that asks volunteers to log their mood throughout the day.

This might be the most important statistic of all. As any old hand at SimCity can tell you, once the morale of your denizens hits the skids, you have little choice but to cut taxes, resulting in layoffs at the police department and fire stations, and from there it’s only a matter of time become crime runs rampant and flames consume your precious smog factories. Things basically snowball into Detroit very fast.

According to the map historian Jerry Brotton at Queen Mary, University of London, “we’re still in the dot-matrix-printer period of online maps.” Yet the prospect of data visualization could help determine and alleviate problems before they happen, making our modern metropolitan areas less of a jungle. Digital maps will become a valuable tool in city planning in sprawling urban areas like Chicago and Houston and L.A. And when they do, someone should give Will Wright the key to the city.