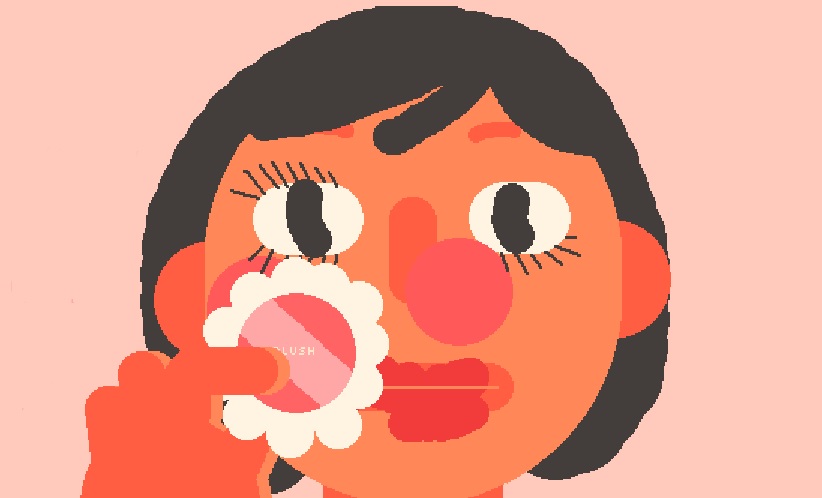 Jenny Jiao Hsia just released a new game, a little vignette called Morning Makeup Madness. The game has you put on your makeup in 10 seconds with predictably awful (or remarkable) results.

Inspired in part by the YouTube 3 Minute Makeup Challenges done by some of the platforms most well known faces (Hsia cites Bubzbeauty as a notable example), Morning Makeup Madness puts you in control of the brushes and other implements of beauty warfare to help complete a common ritual. The timing here is what elevates this task to the heights of ridiculousness.

YouTube’s 3 Minute Makeup Challenge is all about humanizing the beautiful women who dominate the airwaves. Their effortless beautiful routines, with sponsored product in palm, are often for obtaining the glamorous looks that no one else could even touch with a badger-haired brush. Make them do the same process in three minutes, however, and you see a bit more of the startled girl that some of us are at 7:30AM when we’re on the verge of being late for work and just can’t find the right lipstick.

“The YouTuber would perform her makeup routine in under three minutes and it usually resulted in a really entertaining (and sometimes, impressive) outcome,” Hsia says. But what YouTuber’s can do in three minutes, Morning Makeup Madness demands in seconds. The scoring system, Hsia says, is rudimentary: “if you’re applying makeup within the vicinity, you automatically get a portion of the score.” But the imprecise nature of the scoring is part of what makes the experience so very silly—smudged lipstick from nose to chin, eyeliner that streaks across the nose, and blush pancaked onto hair. No YouTuber would be so careless.

As for whether she would rush her own beauty regime, Hsia says, “I think I’d rather show up late than rush my makeup.”

You can play Morning Makeup Madness on itch.io.