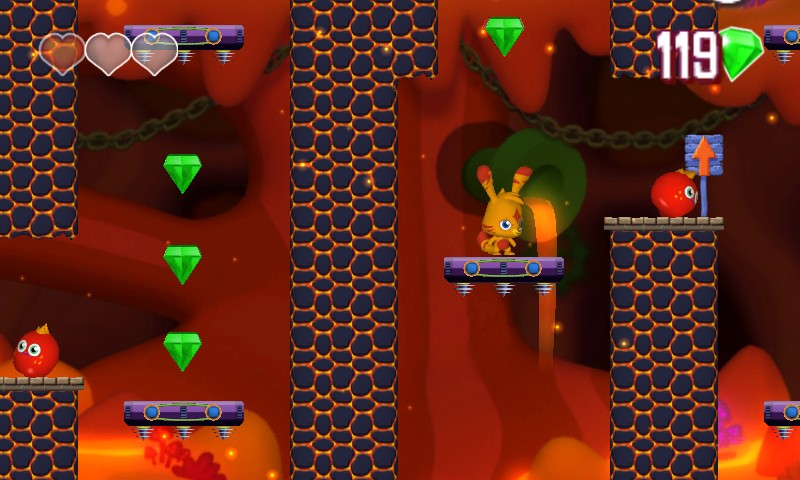 Rarely do I ever feel my age. For a 24 year old who writes about videogames for a living, childhood might as well have been yesterday. I still tote around Pokémon and don’t understand my colleagues’ pop culture references from before the ‘80s.

Unless you’re a parent, you probably haven’t heard of Moshi Monsters, but the description immediately clicked with me: It’s basically Neopets for the kids of today, an online pet-raising game and micro-community that I logged onto obsessively with my next-door neighbors when I was a tween. This was back in the days of AOL trial CDs and dial-up Internet.

I’m not sure about the popularity of Neopets now, but over 70 million kids are playing Moshi Monsters. If this is the new Neopets, I’m too old to understand it—to connect.

The sounds that erupt from Katsuma could make a child giggle, but on me, the humor is lost.

I entered the world of Moshi Monsters: Katsuma Unleashed, the latest videogame adaptation of the website’s virtual universe from developers Mind Candy and Sumo Digital, but I didn’t belong there. The brash, indecipherable sounds that erupt from the cartoon tiger character Katsuma as I let him stand idly, teeter over a ledge, or jump around the colorful platforming levels that strain my eyes in 2D and cross them in 3D are confusing—they could make a child giggle, but on me, the humor is lost. I run around, spin-attacking enemies that look like walking red tomatoes and robotic monkeys and frown, wondering what the point is.

This isn’t a game for me or you, and that’s fine. It’s aimed at the prepubescent. But more troubling is the design, or lack of it.

In terms of platforming, Katsuma does many of the same things my old virtual heroes did: break crates, collect gems (called Rox in this canon), and perform silly moves like spinning and ground-pounding. The purpose is simply to collect and destroy and repeat ad infinitum, made easier by the game’s copious time and score-based challenge levels.

But unlike Crash Bandicoot or Mario even, the levels are missing an intelligent design—a pattern to the coins, a clever trick or detour in the path. Katsuma Unleashed mechanically devises a series of enemies and platforms, generously peppering the levels with genre tropes that those other games made popular: invisible or crumbling blocks, slippery ice, bouncy springs. The backgrounds become increasingly detailed and thematic, but that creativity turned cliché long ago with the dozens of castles, ice worlds, and haunted woods explored before these ones.

That creativity turned cliché long ago with the dozens of castles, ice worlds, and haunted woods explored before these ones.

Katsuma Unleashed’s valuables (collectible coin pieces, caged creatures called Moshlings that you free) are hidden behind countless warp doors, but these are not the camouflaged, masterful holy grails of classic platforming—the time-immortal secrets of Super Mario Bros. 3 or Super Metroid that are still whispered and traded among seasoned pros and now unearthed on the Miiverse.

Venturing through one level feels the same as coursing through another: forgettable, unorganized, and random. You have to pay Rox to play (and yes, replay) the challenge levels on the overworld. It’s a microtransaction without the real-world money, but the reminder is there: that’s what the online membership is for, and Katsuma Unleashed kindly provides you with redeemable website codes that serve as bread crumbs back to the money machine.

These are today’s cartoon platforming superstars—mascots for consumerism.