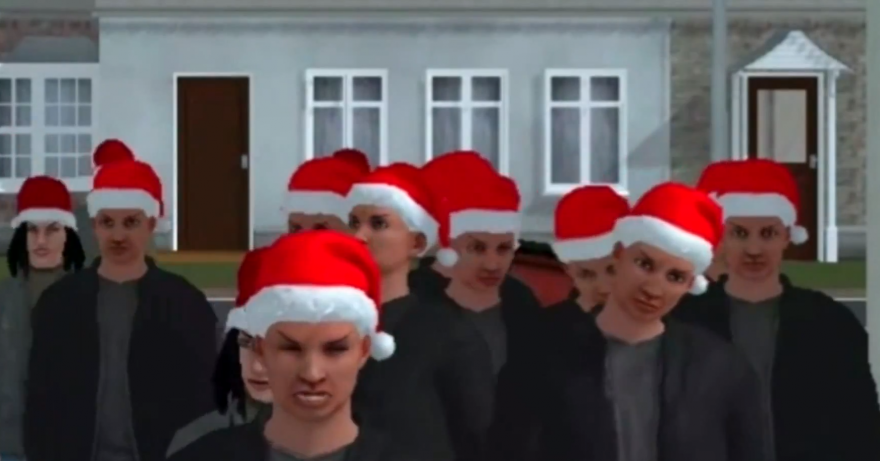 The world of French politics is filled with violence, sex scandals, and intrigue, pretty much like everywhere else in the world. So what better way to recap the buzziest stories in France in 2013 than by compiling a montage of scenes from violent, sexy videogames?

That’s what digital creation students at la Sorbonne did with this short film “Les Temps Modernes,” and the juxtapositions are frequently startling. Watch on with cognitive dissonance as nearly recognizable, fun games are mashed up with tabloid fodder such as Jerome Cahuzac’s tax evasion and Silvio Berlusconi’s prostitution sting. As a side note, I’m canceling my plans to vacation at Marseille.