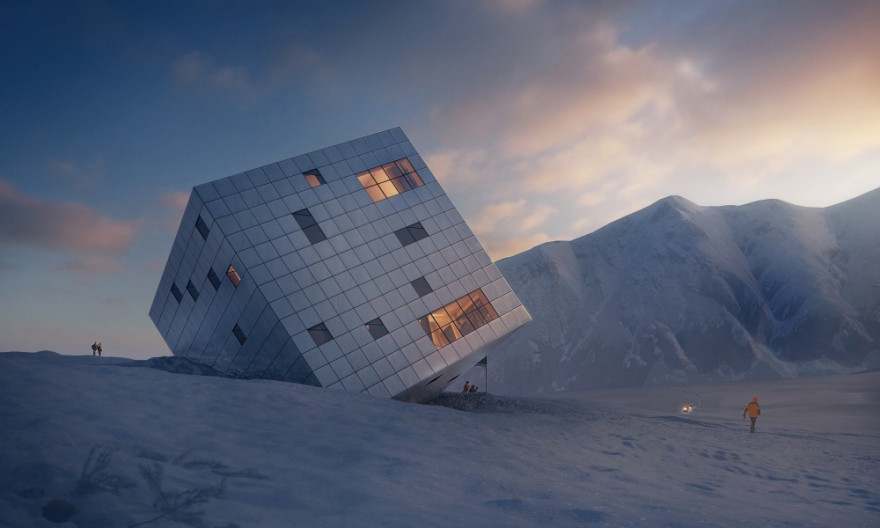 The design team said that the “clean simple cube shape” is intended to evoke a scene of an ice block that was left behind randomly by a retreating glacier. The glass combined with photovoltaic and aluminium panels that cover the surface of the proposal replicate the glare and reflections of the ice and snow-capped peaks surrounding it, while the “sharp edges” blend in with the landscape.

The cuboid shape and the design of the exterior also optimize the building’s ability to capture solar energy and minimise its carbon footprint. Given its location—that is, the middle of nowhere—the building had to be able to operate off-the-grid.

The Kemarská mountain huts, which age back to 1922 as strategic mountain huts for the Czechoslovakian military, began attracting tourists in the area as they provided a safe shelter for Alpine explorers. The competition was intended to provide a modern alternative to that aging Alpine infrastructure. Entries had to accommodate weary travelers with a restaurant, beds and bathrooms, skiing storage, a medical facility and a snowmobile garage. Atelier 8000’s entry did not place, but it is in fact awesome.