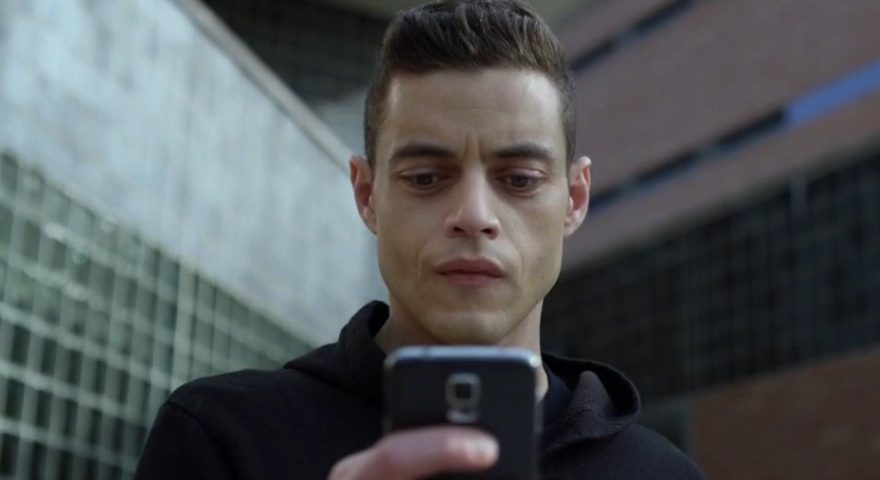 I have a confession to make. I’ve spent the last few days hacking other people. It started innocently enough with a simple request. Soon, these requests became more complex. Now I find myself in an endless pit I can’t escape. One guy is threatening me. A mysterious group may or may not be after me. To top it off, I think I might have ruined someone’s childhood. Have I gone too far? Is someone out to get me? I shouldn’t have picked up that phone.

As my phone’s screen darkens and the credits roll, I’m brought back to reality. Thankfully, it was just a game, albeit one that felt real. This is what it feels like playing Mr. Robot: 1.51exfiltrati0n, a mobile game quietly released last week by Night School Studio (known for the recent-ish adventure game Oxenfree) and published by Telltale Games.


Set during the first season of the television show Mr. Robot, the game is played using the show’s fictional E-Corp messaging app. In the show, E-Corp is one of the biggest companies in the world with divisions spanning the technology, banking, and credit industries. Determined to topple the pervasive influence of this conglomerate, a hacker group known as fsociety has set their sights on destroying the company.

a study in the art of social engineering

Through 1.51exfiltrati0n, you play a role in making that happen through the text messages you send to fsociety members and those within E-Corp. One moment, you might find yourself trying to finagle your way into gaining access to someone’s account. In another, you might be forced to text words of encouragement to get an incompetent support staff to install something. In essence, the game attempts to be a study in the art of social engineering.

As with other mobile text-based games like Lifeline (2015), this game also happens in real-time. For a game built on persuading people to do what you need them to do, the wait between texts can be excruciating. This adds only more tension though to the experience as it preys on what we may have done countless times before (i.e. over-thinking, over-analyzing, or the creeping self-doubt that we shouldn’t have sent that text). 1.51exfiltrati0n also has shades of Emily Is Away (2015) with the characters’ delayed response, the typing indicators, and seeing your chosen reply animated and typed out (and at times reworded and corrected mid-sentence). These tiny details help hide the fact that your reply is chosen from pre-scripted options.


A behind-the-scenes video recently explained the origins of the game. With Sam Esmail, the creator of Mr. Robot, wanting to extend that universe to a more interactive medium, the team at Night School Studio successfully pitched the idea of a game played entirely through text messages. Adam Hines, co-founder of Night School Studio, explained in the same video how writing the game was “a lot of trying to predict what the players would want to do, what they want to push and pull at, and how they want to experience the plot … [that is] 100 percent canon.”

As the game ended and I said goodbye to my main contact, I was reminded by what that character told me. This was her life while I was just “on vacation.” Yet, despite being doused with paranoia and uncertainty at every turn, the game’s universe dragged me in. Now, I didn’t want to leave.

Mr. Robot: 1.51exfiltrati0n is available to play on iOS and Android.