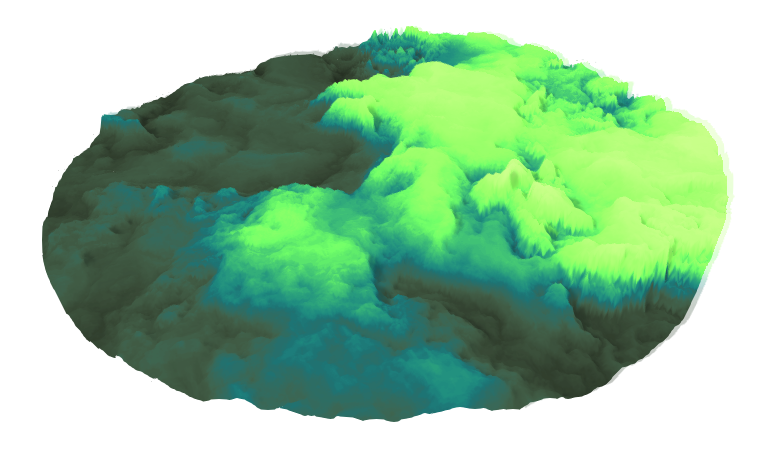 As analog technology tends to do, our old tube TV died a long and drawn-out death. In the run-up to its final croak, the knob that controlled the volume also turned it on, and in order to get it to display any picture at all, you had to slowly bring the knob to the point at which it would click on, wrench hard to the left, and then back to the right. Usually it wouldn’t work, and you’d try again. When the picture came into focus, you’d have to adjust other knobs to bring the colors into a reasonable palette and the best you could do left the people on-screen a healthy shade of green.

Halfway between fiddling with the antenna to get a clear picture and scouring the seafloor for lost ships, Titouan Millet’s new game Mu Cartographer asks players to use an array of panels and sliders to hunt down archaeological spectacles. The landscape is layered, and therefore only visible in parts through some fraction of your tools. In order to see the temples and pyramids, you’re going to have to explore the interface as much as the world. Sometimes one clue leads to another, sometimes you set out at random, hunting for any sign that you might be headed in the right direction.

Mu Cartographer came about through Millet’s experiments with graphical shaders in the Unity development environment, and this influence is present in the brilliant colors and in the obscure complexity of the machinery in front of you. There are graphical interfaces to make the process easier, but they’re as obscure as anything else—color wheels and sliders that change things you didn’t know you were touching. Similarly, these landscapes feel intangible and unstable—full of peaks and valleys of static too steep for the real world, and with certain switches properly tuned, the earth undulates and pulses like something living.

the hot pinks and blues of vaporwave imagery

The player is removed from the space and able to view it only through this alien machine with its settings and filters, all more exciting than your average heat map. One filter evokes the purples and oranges of landscape paintings by Maxfield Parrish, another the hot pinks and blues of vaporwave imagery. Through one filter, the rolling hills are bright green, but they are entirely smooth, and have no grass: the circle cut into the white background is presented (on the screen, and on Twitter, if you so choose) to the player, sans rocky detail and without the smell of moss on the breeze.

But this frame makes the world of Mu Cartographer feel more real—the fictional landscape is not presented directly, but through the technological intermediary, like a radar display. In real life, 2016 TED Prize winner Sarah Parcak does her highly influential archaeological work with satellite imagery, and 15-year old William Gadoury mapped constellations back onto the earth to reveal a lost Mayan city that he’s only seen on Google Maps. If meaningful archaeology could be done from your couch, you might worry that it loses some of the thrill and panache that gives rise to adventure serial heroes like Nathan Drake, but in straddling the gap between old and new, Mu Cartographer gives us access to the moments of excitement and wonder still available in the age of satellite archaeology.

Mu Cartographer is available here on Mac and PC.