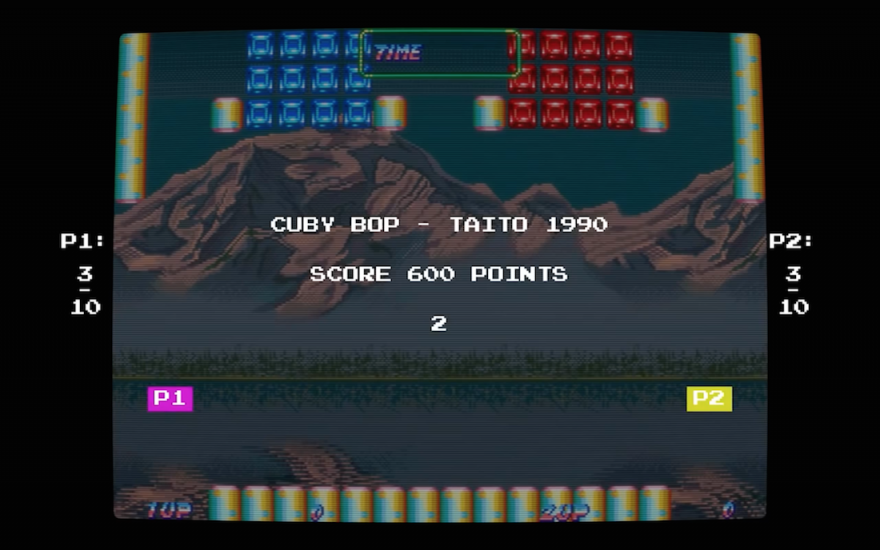 What do Super Mario Kart (1992), Vectorball (1988), and Frogs and Flies (1982) have in common? The answer is that they’re now all the same game. Bennett Foddy’s new experiment, called Multibowl, is a “collage” of these and hundreds of other two-player games, thrown together in quick succession in a reflex-heavy sequence reminiscent of WarioWare, Inc.: Mega Microgame$! (2003). Foddy, who is best known as the creator of the infamous QWOP (2008), teamed up with game maker AP Thompson to create the ultimate 2-player competition, one that will garner the same nostalgic feelings evoked by many games of the 80s and 90s … by being them.

Very little information has been released about the project, but the general gist is that it takes the WarioWare formula of flipping quickly through minigames, and replicates it with emulated multiplayer games like Hippodrome (1989), King of Fighters 94 (1994), or Wild Guns (1994).


The game never reaches quite the level of frantic clicking that WarioWare often did, but that’s fitting, because with Multibowl there’s more to enjoy. Instead of a collection of colorful but comparable minigames, Multibowl feels like a temporal showcase. Familiar faces from childhood are accompanied by the games you never got to, an illustration of consoles and eras you may have missed, playing fields you might have seen and then forgotten.

With “hundreds” of games to experience and their names written cleanly before each round in 8-bit font, you may even stumble across one that you choose to find and emulate on your own time, dissatisfied with the 15 seconds of fame it was given before you got your face kicked in. It has the potential to function as a curator, a runway show of multiplayer games for the history buff whose attention span has been wizened away by Twitter.

But, of course, before you do any of that, you have to play to win. That part stays familiar.

Multibowl will be debuted at XOXO Festival in September. You can watch a gameplay clip here.