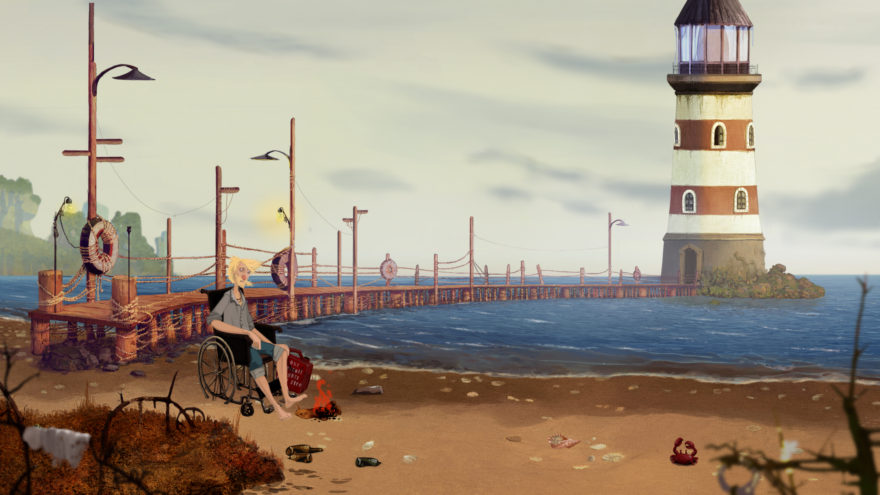 How real are our memories? Many of Japanese author Haruki Murakami’s works meditate on this question. We remember the past a certain way, but are those memories true to life? His novels and short stories muse on memory, time, love, and human isolation, with characters put in strange settings that are as strange to the characters as they are to the reader. A cat talks back. A man-sized frog discusses the destruction of Tokyo over tea. Little by little, a woman begins to forget her own name.

All of these characters have lost someone or something

Actually, that last one is the plot of Memoranda, a point-and-click adventure game inspired by over 20 of Murakami’s short stories. The creators have announced its release date after being fully funded on Kickstarter last year. On January 25th 2017, you’ll be able to help Memoranda‘s protagonist hold onto her failing memory as she slowly forgets her own name. Is it as simple as memory loss, or is something more insidious and strange at work here?

In the small town in which our protagonist resides, which has inflections of both European and Japanese culture, over 30 distinct characters will remind players of different Murakami stories. A soldier from World War II stands alone in a field, unable to move past the atrocities he was witness and party to. An elephant, in the guise of a man, hopes to become human. All of these characters have lost someone or something, and it is the heroine’s mission to help them – and get her name back.

With beautiful, hand-drawn animation to accompany its 2D gameplay, Memoranda is a surreal story about memory, loss, and memory loss with over 40 scenes and numerous puzzles to solve.

Memoranda will be available for PC on January 25th 2017. Find out more on its website and Steam page.