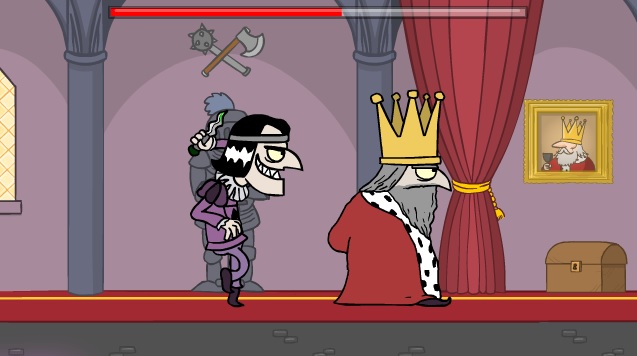 Shakespeare may have spoiled the concept of regicide for everyone with Macbeth. We associate the term with the murder of a king, which is its correct meaning, but more specifically there might be an expectation for this murder to be part of a violent and very personal usurping of that king.

If you think about regicide you probably see blood, and a punctured royal gown, and a ghastly betrayal by a kinsman. If you do, this is due to the potent imagery of Macbeth’s sneaky killing of King Duncan in order for himself to become king.

disrespectfully step into the still-warm gown while leaving the carcass for the caretaker.

Unfortunately, outside of the stage play’s fiction, regicide is historically less dramatic than that. Look at the killing of Charles I as an example, which forewent a lengthy imprisonment and trialling process before he was, eventually, beheaded in front of a cheering crowd. This is one of the more eventful acts of regicide too, as it made a crease in ‘s political structure thereafter, with bills being passed that lessened the role of the monarchy in the country.

The point is that most other acts of regicide follow the same formal procedure. That is, being ordered by a high court, rather than involving the more thrilling knife in the back format. But MURDER, a small Flash game by Anselm Pyta and Benedikt Hummel, plays up the version of regicide that we more commonly see in our heads.

Plainly put, it’s a one-button game of “red light, green light”. Yes, you know it: the playground game in which a bunch of people sneak up on a single person with their back turned, and if they catch you moving when they turn around then you’re out. MURDER plays the same with a couple of more violent variations.

Sneaking up behind the king, your tip-toed steps matching the tempo of the music, you hold in the Spacebar to raise a poison-tipped snaky-bladed dagger above your head. The king will occasionally sniff or look up to the ceiling, telegraphing when he is about to look around, and if he catches you poised for murder, it’s your head.

But if you manage to endure the several seconds wind-up and plunge the knife in his back, you’ll nab his crown for yourself, and disrespectfully step into the still-warm gown while leaving the carcass for the caretaker. This is when the tide is turned, and now it is you who has to press the Spacebar to catch those sneaking up behind you with murder in their eyes. And so it goes.

Now, initially, you may get drawn into the endless cycle of power lost and gained, and mistakenly think that this is the entire breadth of MURDER. But you’re wrong. For starters, it’s worth letting some of your subjects pounce on you from behind to see the amusing alternative endings; one of them features a royal homosexual coupling. And, as a slight challenge, see if you can find out how you’re able to rule for all eternity, escaping the cycle of regicide once and for all.

You can play MURDER for free on Newgrounds.