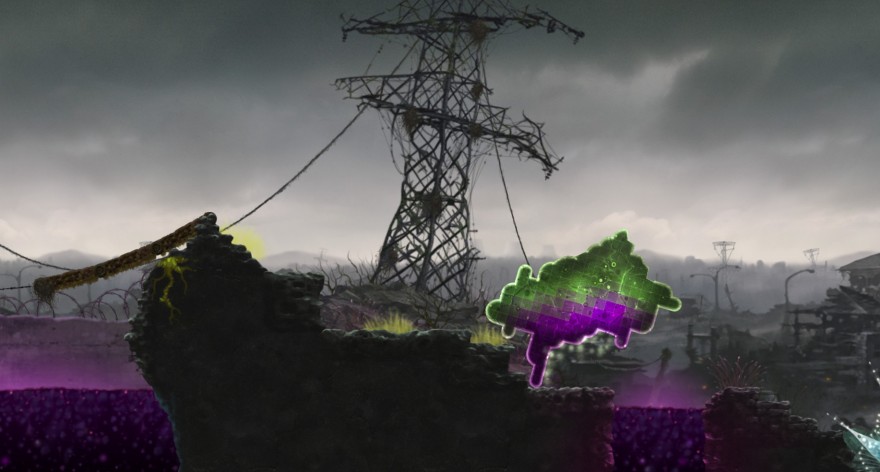 It’s amazing how far Mushroom 11 has come from its original 2012 prototype.

The theme of that year’s Global Game Jam was an image of the Ouroboros, a serpent eating its own tail. Creators Itay Keren and Julia Keren-Detar took this concept of cyclicality and gave it new life in Mushroom 11, which put you in control of a constantly regenerating blob that must shed parts of itself to move forward.

In that first prototype, the only obstacle was moving from platform to platform, but Mushroom 11 as it is today, over three years later and set to launch on October 15th, is so much more. It looks great, it sounds great, and it plays even greater.

Check out its launch trailer below.

In Mushroom 11, the only way to make progress is to destroy yourself, and it’s amazing how many different ways there are to do it. Everything from movement to puzzle solving to fighting bosses requires a careful trimming of your own amorphous self to advance. Split in two to reach a button and the door it opens at the same time. Shape yourself just right to latch onto moving machinery, launch yourself out of the water, or climb a cliff.

Within seconds of playing Mushroom 11, all of this makes sense. Problems arise and the shape of the solution forms in your head just as fluidly and naturally as the movements needed to pull it off.

See more of Mushroom 11 on its Steam page.