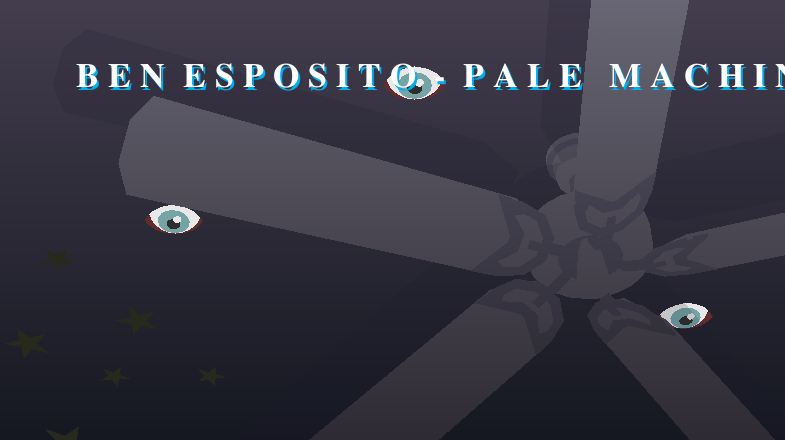 Here are a few of the weird, freaky things you can do in Ben Esposito’s bizarre music video(game) for bo en’s Pale Machine: knock a buzzing cell phone off a dresser with a rolling beer bottle; brush a disembodied mouth’s teeth; knock over a bowl of Wheaties and a milk carton with an unending, extractable tongue (there’s a lot of knocking stuff over in this game); lick a shoulder-ear; control eight fingers with the home row keys. It’s kind of like WarioWare for those suffering from psychosis.

The music kind of reminds me of Ween, or Robert Wyatt solo stuff, or R. Stevie Moore, or even The Mothers of Invention if I’m stretching it, which isn’t really my thing, but might be yours. For the high freakout potentiality alone, it’s totally worth a few minutes of your day, in any case. Play and listen here.