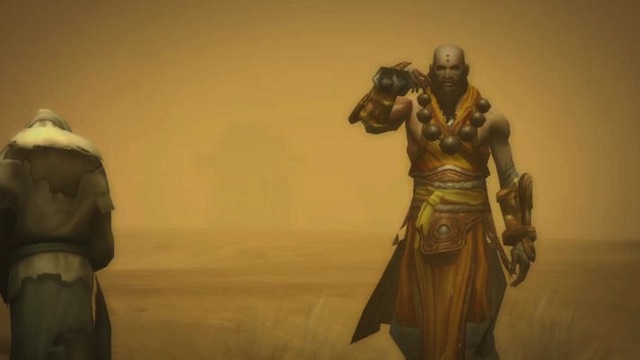 My character’s name was Clipperton. He was a monk. He looked badass and he had a solid repertoire of catchphrases (“Break beneath the endless tide!”; “Your will falters!”), but his playstyle was conservative and boring. Focusing on defense, healing and purity might make practical sense, but it’s just not that cool. Clipperton was a bit of a letdown. Diablo 3 was a bit of a letdown. After awhile, I stopped playing.

About a month passed without a single thought of Clipperton, a testament to how shallow our relationship had been. One day, a friend wrote on my Facebook wall: “your account got hacked. sick gold find broooo!”

Somehow, someone had hacked into my Blizzard account and was now playing as Clipperton. In my friend’s opinion, the new guy was doing things hilariously wrong.

I was then struck by the karmic justice of it: the hacker had picked Clipperton because I’d abruptly stopped playing, and hadn’t even logged on in over a month. I’d abandoned Clipperton, and now Clipperton had left me.

At any point, I could’ve contacted Blizzard and they would’ve fixed things—they’re excellent about that. But that just didn’t feel right. I wasn’t about to start playing again, and I had a vague feeling of having let my video game character down.

And then there was the problem of knowing the precise identity of the hacker.

I could tell from the IP address that the hacker was Chinese, and I decided on the rest of the story. This poor person must be a professional gold farmer!

Gold farmers in Asia have been around for more than a decade, but the industry really exploded with the popularity of World of Warcraft. With WOW, the best way to earn gold to sell on the video game black market was to kill the same basic creatures over and over again. It was very easy to identify the gold farmers in-game because what they were doing was mind-numbing.

Diablo 3’s big financial innovation is the Real Money Auction House. It’s just what it sounds like—you can sell the weapons and armor you find in the game to other gamers for cash money, and Blizzard only takes a 15% cut. This gives Blizzard an ongoing cash flow from a game without WOW’s monthly fee; it also means that the play style of gold farmers is identical to that of normal players, since the only way to get gold is to acquire better and better items.

It’s been two weeks since Clipperton left me, and he’s doing better than ever. His gear is far superior to anything I ever equipped him with, and his “hours played” stat indicates that he’s been getting plenty of attention.

It’s possible that I will someday want Clipperton back, but for now, I wish him and his new partner all the best. They deserve each other.