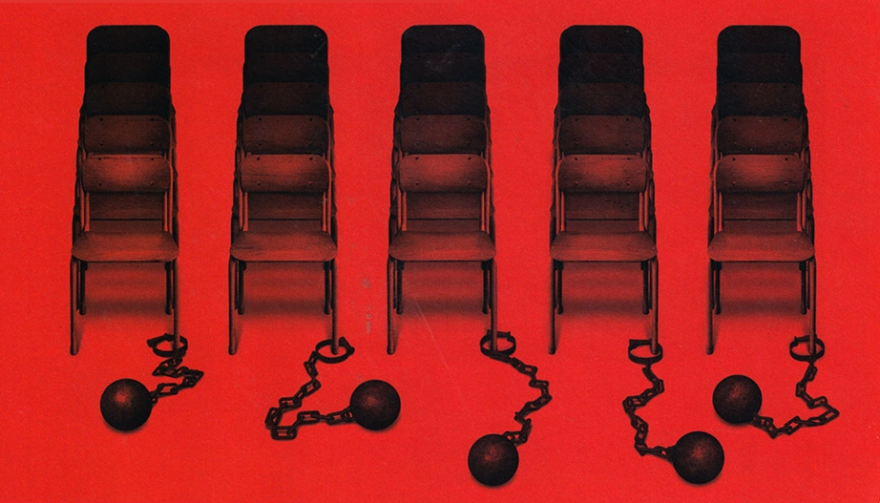 If you’re like me you spent a half-morning back in November watching and re-watching the mysterious announcement trailer for Persona 5, trying to cut through the thick layer of symbolism, and still thinking about it later that day on a quiet car ride. A new interview with longstanding Persona director Katsura Hashino, translated from Japanese by Pepsiman (you can find it in its entirety on his Tumblr), somewhat explains things—although he is a master at speaking cryptically.

When asked what’s up with the imagery of empty chairs with their legs being shackled by a ball and chain, Hashino said:

I feel that in today’s world, there’s no shortage of people that are bored and discontent with their lives. They’re at a dead end, chained down to a world of which they resent being a part of.

Heavy stuff, but something that should be expected coming from a modern Persona title, which often plunge into far more complex issues than the top layer of anime-high-school-drama lets on. He continues:

The shackles you see in it are especially important. They naturally represent the idea of a person’s immobility, of being unable to move ahead from their current position in life…. We live in a time here in Japan when both teenagers and adults, regardless of who they are, can’t be idling their way through their lives…. We want them to play our game and come away feeling like they’ve found a renewed sense of self and understanding that they can’t be apathetic towards what’s going on in society.

So what about all that red everywhere? Does that mean anything? Not really, Hashino says. It was just chosen because they went with yellow and blue in the previous two games. While it does make for a striking teaser, he says they’re having difficulty making menus that aren’t blinding. Anyway, there goes my theory that it would be vampire-themed. I never get this stuff right.