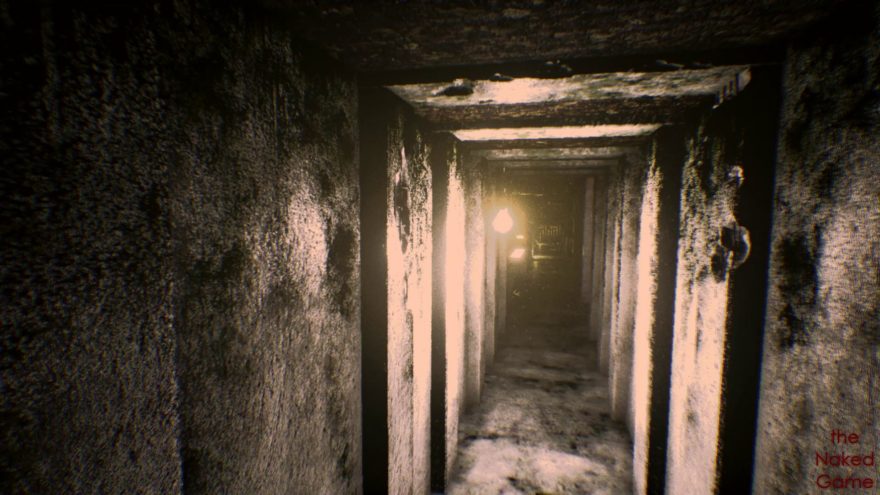 Ever since Hideo Kojima’s ambitious demo, P.T. (2014), got cancelled there has been a slew of similar games announced, all looking to carry its torch. Some of them have since been cancelled, while others are still ostensibly in the throes of development, with rare updates on how things are going. However, an eight-person team based in the Czech Republic were recently able to get their P.T.-inspired game through Steam Greenlight.

The Naked Game—yes, you read that right, and no, it’s not an 18+ game—is a first-person psychological horror game with puzzle elements. The game follows the story of a mysterious Japanese girl, called Mia Aiko, who decides to leave her family and go to Europe in a desperate attempt to forget her past and live a better life.

“naked in her situation, not only physically, but also mentally”

Things don’t go quite according to plan for Aiko. She gets kidnapped by someone who is trying to make people rethink their lives, with each room they are forced to work through representing an issue in the “consumer society.” The game itself doesn’t delve too much into what these issues might be as most of them are left deliberately open for each player’s interpretation.


As for the name, The Naked Game, the team believes it fits the setting and the kidnapper’s ideology. But if you’re looking for something less metaphorical, it’s also a fact that there are a lot of naked mannequins located throughout the game’s levels. According to the studio, “they can help you to understand [the psychopath’s] thoughts more,” with the name referring to the “fact that Mia is really naked in her situation, not only physically, but also mentally.”

The game is said to adapt to your style of play, mostly through featuring dynamic post-processing, which changes “many values like color spectrum, saturation, hue, contrast and so on.” It will be about two-to-six hours long to play, depending on how good you are with puzzles and how much you want to explore and roam the creepy environments. With the game currently in its beta phase, it is expected to release some time later this year, with plans to release on Linux and Mac as well as Windows.

You can find out more about The Naked Game on its Steam Greenlight page.