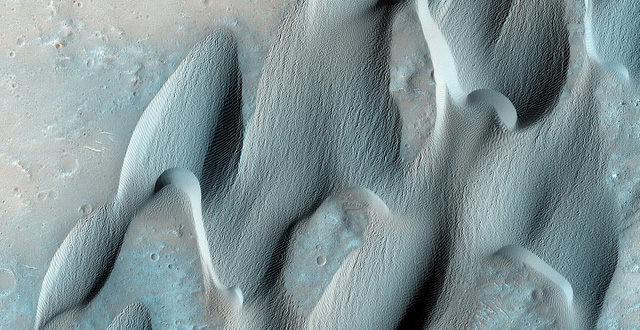 Great landing! Seriously, you’re killin’ it, and we’re all really proud. But I do have one small request: Let us control the rover.

Face it, most of us aren’t going to make it to Mars in our lifetimes. Maybe a few of us will be lucky enough to score a one-way ticket to the cold planet. What we can certainly achieve, speed of light permitting, is some sort of telepresence. You basically already have the technology to offer us would-be astronauts a taste of another world.

I’d happily pay money to do this (above the billions taxpayers already collectively throw down every year). Let’s say $10-$20, just to be in the rover’s driver’s seat for a hot minute. Imagine how many other people would jump at an opportunity like this. Every member of the human race has been itching to explore these new landscapes since you first showed them to us over forty years ago.

Why? Because in the nine months between the time Curiosity was launched and when it landed earlier this week, NASA has taken a beating financially. Not only have the Curiosity and James Webb Space Telescope projects gone over-budget, but future spending on Mars exploration in next year’s budget was cut by nearly 40%, or $226 million. Someone’s going to have to break it to Curiosity that Dad doesn’t want to pay child support. Meanwhile, England is spending over $14 billion on the London Olympics. Something tells me people are still invested more in games right now than an expensive extra-terrestrial Roomba.

Sure, giving control of your technology to laymen is risky. And it’s a sore subject given the history of human error and Mars missions. I don’t want to give any physicists nightmares, so let’s not even mention that time in 1999 when engineers from NASA and Lockheed Martin forgot to convert from Imperial to metric units and lost a $125 million probe. I don’t want to imagine what might happen if these missions were put in the wrong hands.

There are clear ways to avoid this, though. Just delineate an explorable space or objective for people and don’t let the rover leave the area, like boundaries in videogames. The Internet has already shown us that this works beautifully. Google launched Web Lab last month, allowing online visitors to queue up and play musical instruments collaboratively from across the world. A player piano named Stanley takes online requests via Twitter. Amateur scientists helped fold proteins and then RNA, too. People even submitted to the torture of a browser-controlled claw game, and then they took out their anger on feral hogs using an online shotgun. OK, maybe these aren’t all great examples, but you get the idea.

All I’m saying is that we need to make space a little sexier. If anyone can do this, it’s you, NASA. Just please do it before Richard Branson puts a strip club in orbit.