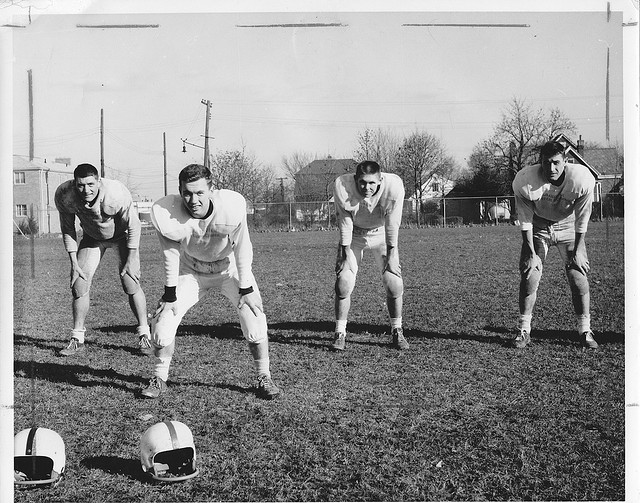 Despite the very strange power outage at the start of the second half, last night’s Super Bowl was a nail-biter and continued the trend of close match-ups at the highest level.

But all that pageantry does seem to distract from what is becoming a core issue — brain injuries. Yes, the NFL has announced a collaboration with GE to detect concussions and is adding an independent physician to evaluate players for trauma. And they’re working on a newly-designed helmet to better withstand all those teeth-jarring tackles.

But no helmet will ever eliminate the reality of physics. Players are taught to crush one another, so they will. The very rules of the game encourage, even necessitate, the very behavior that is hurting its participants. Sound familiar?

It should if you’ve ever played a competitive first-person shooter online and been killed seconds after re-spawning, every time. Or if you raced online on a track with a known exploit that allows certain racers to unnaturally jump minutes ahead. Taking advantage of glitches or happy accidents in design like rocket-jumping is a part of gaming, but sometimes it creates a competitive imbalance that unduly punishes a wide swath of players. This in turn causes the game population to dwindle, boiled down to only its most hardened or persistent players.

Not a bad thing on its own. But over time, the playing field is tainted and the intention of the game’s designers is twarted. There’s two ways of dealing with the issue. One is to “build better helmets”: Creating safe-guards that try to protect all players involved. Just like banning players who exploit a game-world’s cracks should make for a better experience.

But if the rules and goals remain the same, players will still play as they always have, regardless of the consequences.

We’re expecting a mere 1.5 inches of foam and candy shell to decelerate a player’s head gently enough to prevent their brain from bouncing around inside their skull and causing poorly understood, but permanent and devastating injury. After talking to some of the brightest minds in helmet design, helmet testing and football physics, the elephant in the room became clear: A concussion-proof helmet is a pipe dream. If the NFL wants concussion-free football, they’ll need to redesign football.

If game designers want to improve participation or competitive fairness, they need to change the behavior of its players. You do this by changing the rules, or by funneling play away from possible exploits in the first place. The psychology of many players, on the turf or in the digital arena, is to test the limits of the game-world, poking at bruises.

Before the game, CBS announcer James Brown asked NFL commissioner Roger Goddell about what the league was doing to prevent injuries. Goddell offered the practiced retort that injuries happen in all levels of youth sport — girl’s soccer is apparently the second highest for concussions.

That’s all well and good, but it doesn’t skirt a simple reality known all too well to game designers. If you don’t want people to get hurt, give them a reason to poke and prod elsewhere.