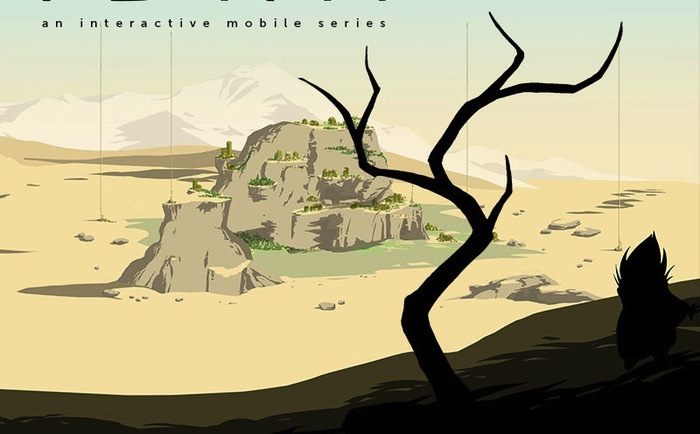 Nausicaä of the Valley of the Wind is pretty outstanding. But the problem is it’s static. Once you’ve seen it, you’ve seen it. However, the storytelling app IDNA—which takes inspiration from that famous anime of Miyazaki—is in a state of constant evolution.

Now on Kickstarter, the episodic animated film for Oculus and iOS touts a technique called “spacial storytelling,” which is a fancy way of saying that it lets you direct the story by holding your iPad in the air and swiveling it. This sounds fascinating, as long as you have strong wrists and won’t drop your iPad.

As seen in the video, not only does it shift your vantage of the frames of animation, but also seamlessly moves along the plot, guiding an adorable skydiving kid explorer along narrow mountain ledges; or maybe he’ll just do something else, if you’re not into mountain climbing. You can think of it as a story space with evolving, branching pathways—supposedly different every time you play it. Looks promising.