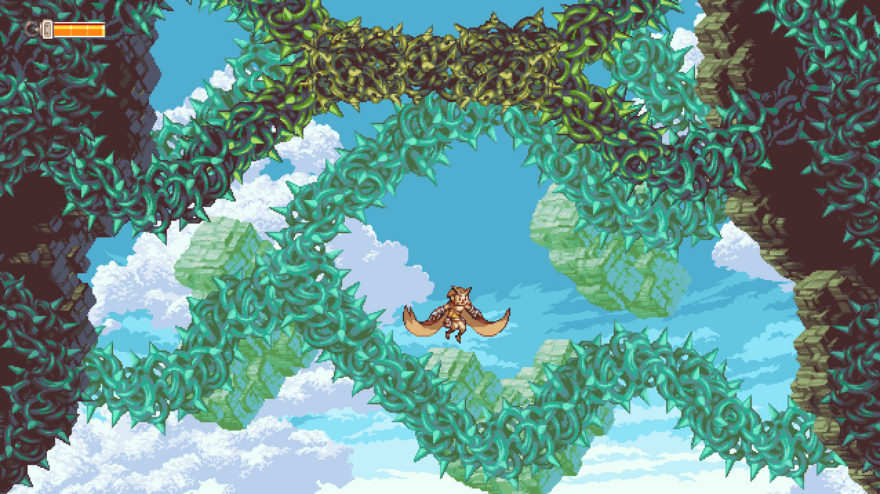 After nearly 10 years of work, D-Pad Studio recently announced at PAX West that its action-platformer Owlboy is releasing on November 1.

Owlboy began life back in 2007 as an attempt by pixel artist Simon Andersen to show that 2D could still be better than 3D, and it quickly gathered the attention of other artists, who ultimately joined Andersen’s team. Six years ago, it was nominated for an Excellence in Visual Art award at the Independent Games Festival and it won the Nordic Indie Sensation award at the Nordic Game Awards. After taking time off to work on the game Savant: Ascent (2013), D-Pad returned to Owlboy to finish nearly a decade’s worth of work—the final lap of a very long race.

struggling to live up to the expectations of being an owl

Players assume the role of a mute boy named Otus in Owlboy, who is struggling to live up to the expectations of being an owl. When unexpected pirates invade his world, he must travel through monster-filled ruins, facing “burdens no one should have to bear.” Luckily, to help him along, Otus has a bunch of friends he can pick up with his feet and carry around. As Otus has no means to attack enemies himself, he uses his agility to keep himself and his friends safe as they pick off whatever obstacles get in the way.

Owlboy will be available for PC digitally on Steam and GOG. D-Pad also announced a boxed version of the game, coming with its soundtrack, dual cover artwork, and an exclusive art print.

For more on Owlboy, read our conversation with D-Pad Studio about its game and its development. You can also follow the developer on Twitter for updates.