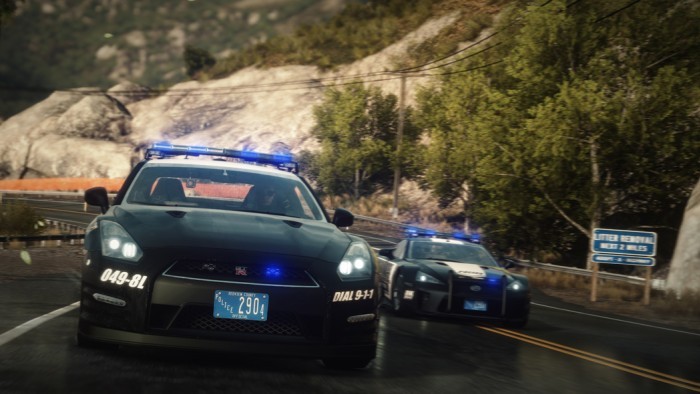 If you’ve played a video game online, you’ve probably been the target of griefing at some point, be it “team killing” in Call of Duty, malicious chat spam in World of Warcraft, or some jerk who burned down your log cabin mansion in Minecraft. Most games discourage this kind of behavior by fostering community standards and building hard-coded barriers to dictate what constitutes “fair play.” These guideposts are notably absent in the new always-online AllDrive mode of the latest Need for Speed game, tellingly subtitled Rivals. With AllDrive, the perennial auto racing series toes a provocative line where griefing becomes the rule of the road.

Like the Hot Pursuit titles that have come before, Ghost Games’ Need for Speed Rivals is a battle between cops and robbers (er, “racers”). You can select to be a member of either side and switch between the two campaigns whenever you want. Cops bust racers, and racers escape cops; simple enough. There aren’t tracks or courses, just one big, diverse stretch of road dotted with markers. Sidle up to one of these to begin an event or simply tap the shoulder button near a racer or rival to initiate a competition on the fly. 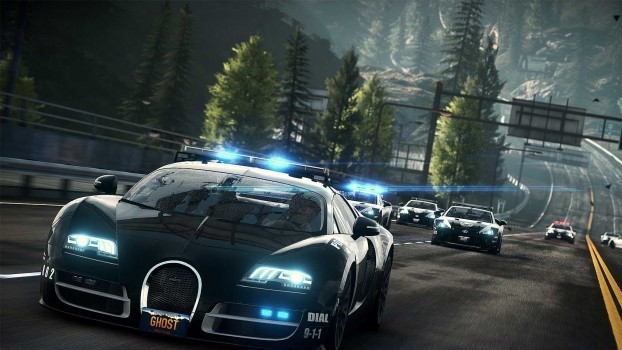 If you’re playing the game online, you’re in AllDrive mode, which means that in addition to the normal smattering of AI vehicles, there are also up to 5 human racers sharing your instance of the world. Players can choose to deliberately seek out other humans or ignore them and pursue their single-player goals as they normally would. That is, unless those other human players choose not to ignore you.

The conceit of Rivals’ AllDrive mode is that the cops are supposed to go after the racers, but playing as a racer is hard enough without someone deliberately putting you in their sights. Almost every time I got close enough to engage with a racer as a cop, I was able to wreck them, an action that sends them back to base empty-handed and nets me a bunch of points that ultimately I have little use for. Taking on the role of top cop, I began to wonder how much of chasing down human racers was part of the game and how much of it was just me being a jerk. Picking off racers who are just minding their own business, trying to complete missions, was like shooting fish in a barrel. Just pop into the world, accounting for a bit of lead on the racer’s trajectory, ride up close, deploy a pair of suped-up special powers on’em and let their own momentum do the rest.

To be a “successful” cop in Rivals, you need to be a tremendous asshole.

But is it griefing if the goal of the game as a cop is to stop the racers? As a player, I know that my fellow human players are just trying to have fun in what is essentially a glorified Hot Wheels simulator, but by role-playing as the cops, the racers are supposed to be my titular rivals. Suddenly the grade-school “cops and robbers” premise gives way to what feels like playground bullying. Sure, there’s the occasional high-level racer who challenges you to an evenly matched duel, but strategically, it’s to your advantage to pick off the weaker ones instead.

Unlike real cops, I’m not enforcing any laws in Need for Speed Rivals; I’m just busting cars for my own personal enjoyment. It doesn’t help that the game’s story justification for your motives is self-serious lunacy, on par with a lazily written night of pro-wrestling drama. In one cutscene, a text conversation between “You” and another officer is displayed on screen, discussing the use of confiscated racer cars as “weapons of war.” “This is crossing the line,” the nameless officer warns. “I’m already way over it,” you reply. The cliches and masculinity pile up and start to read like a Dadaist poem of Fred Durst lyrics. To be a “successful” cop in Rivals, you need to be a tremendous asshole. The world is so dire that I started to feel bad for the AI drivers out there who weren’t cops or racers, just mindless innocents caught in the crossfire.

Need for Speed Rivals’ AllDrive mode requires you to set your own moral barometer. So, after a little consideration, I put into practice what I called the One Wreck Resolution, wherein I vowed not to bust a human racer more than once. “That only seems fair,” I said to myself in my complimentary Lamborghini patrol car. However, with only 6 human players in the world at a time, it wasn’t long until the One Wreck Resolution left me targetless. Chasing down AI racers just doesn’t have the same appeal, and the supposed longevity that online play is supposed to offer these types of games ends up unfulfilled.

The organic “lobby” structure of Rivals’ open world is a promising idea, unfortunately mismatched with a low player limit and an imbalanced power relationship between the cop and racer. I suppose you could seek to defy the odds and play as a racer, but eventually the cops will find you, and they will wreck you—probably more than once. Don’t be offended though; they’re just doing their job.