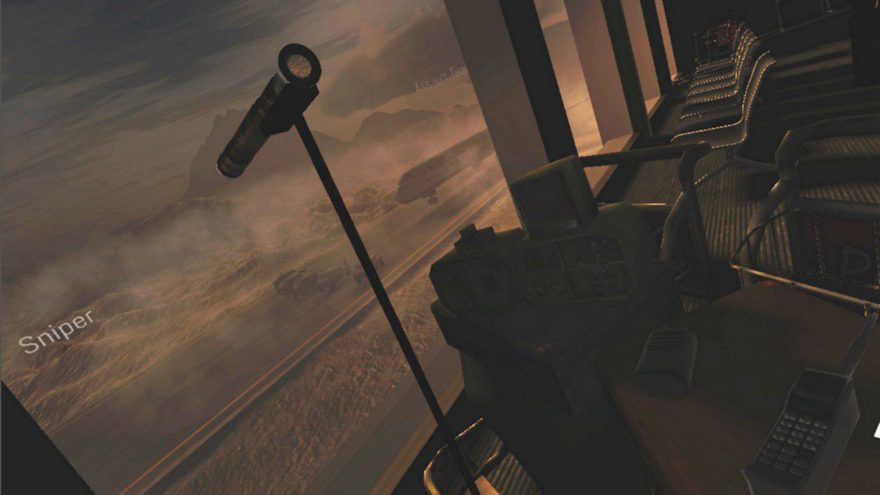 If you’ve watched enough movies or TV you would have seen a hostage situation. And almost every hostage situation involves a negotiator. Someone who is there to try and defuse the situation, hopefully with words instead of bullets. Negotiator from 4PM Games is going to let you step into the shoes of one of those hostage negotiators. And it won’t be easy. One mistake and you could be the cause of someone losing their life.

“I have always wanted to recreate the feeling of static tension, present in hostage situations,” explained Bojan Brbora, founder of 4PM Games and creator of Negotiator. “I wanted to mix a few genres to create a seamless, thriller experience.”

Social media plays a big part in the narrative of Negotiator. Jonathan Martell is part of a hostage situation in South America that fails. That failure leads to the death of a famous celebrity. After getting discharged from the military, Martell arrives home in London to find that the internet is angry at him. They even have a hashtag, #killerofinnocents. This hate spreads beyond just him and his sister is harassed by those upset over John’s mistakes. It’s a story that echoes some of the same events and harassment that currently happens online.

The story of Negotiator has been bouncing around the head of Brbora for a few years. Once he started actually developing those ideas the world “went to hell.” The subjects that Negotiator deals with—war, terrorism, and even harassment—have all become increasingly common and talked about subjects. Brbora is aware of this, but still thinks the story he has come up with is worth telling. “These are sensitive subjects, but if we are going to do something different, something truly relevant, we can’t shy away from such things,” he said. But Brbora also feels that the story of Negotiator isn’t really about terrorism or war. Instead, Brbora is more interested in different points of view and what influences those views. “The main [influencer] being news and social media, how they affect our real world actions and the extreme situations it takes to break free from that influence to do the right thing.”

Most of the narrative of Negotiator takes place over a day in London. And throughout this narrative you will be able change the course of events. For example, whether or not you let a person die can alter the story and the ending you get. Brbora wanted to create a high sense of tension in the player by allowing them to make mistakes a key part in accomplishing this. “Feeling your hands sweat when you hear the gunshot on the other end of the phone. There are several key points where people in your group can die, similar to what Telltale does. The story always moves on, with slightly different variables.”

And while Brobra has researched real life hostage negotiators he wanted to make sure that people understand that this isn’t a simulator or training program. “This is primarily meant to engage and thrill, with the boring bits cut out.”

Currently, 4PM Games is running a Kickstarter to help secure funding for the game. The studio is small and made up of different freelancers who come together to make something. “This is a very unique and special project for us, one that we need loads of support for. This is why we have launched a kickstarter, in order to show publishers and financiers that this is a worthwhile venture.”

Negotiator will be released on Windows via Steam sometime next year. It will also be released on Oculus and Vive. You can support the game on Kickstarter and Steam Greenlight.  You can also check out other titles by 4PM Games on the studio’s website.