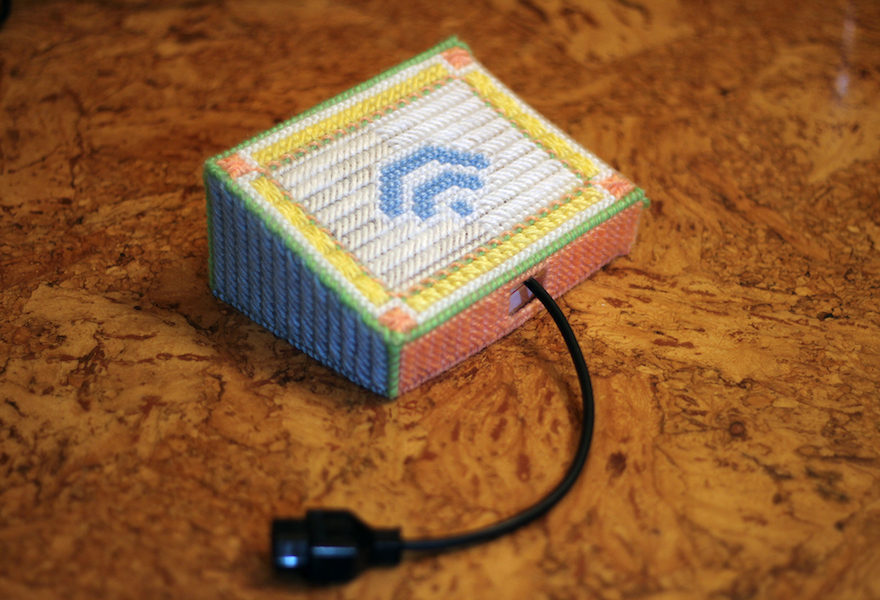 Despite being over 30-years-old, and therefore predating public internet access, it turns out that the original Nintendo Entertainment System (NES) has actually been capable of connecting to the internet the whole time. All it takes is a “modem” and a little bit of hacking, courtesy of Femicom Museum founder and serial videogame tinkerer Rachel Simone Weil.

Dubbed ConnectedNes, Weil’s hack brings the NES online in three easy steps. First, it takes a Particle Photon Wifi development kit and hacks it together with bits of a NES controller, then plugs it into a standard NES controller port. Because the kit (which Weil has nicknamed a modem) transfers data using the same binary bits system as a controller, the machine can then read its output as if it were a normal NES controller.

Second, a server running on a separate device parses through services such as Twitter for tweets containing certain keywords and then wirelessly transfers them over to the modem. Third, the data is run through a custom ROM—or game file—that allows the machine to process and display the information on screen.

The result is a 1983 game console capable of reading tweets just as well as a smartphone, albeit with classic 8-bit flair instead of trendy web 2.0 design. Perhaps more interestingly, it can then incorporate online data into standard NES games. All you need is a custom cartridge with one of Weil’s ROMs on it.

a new Twitter notification every time you step on a Goomba

So far, Weil’s built two ROMs for the device. The first, also called ConnectedNes, simply allows the machine to display tweets, complete with a colorful pixel art style and balloons floating by in the background. The second, Social Media Bros, is a hack of the original Super Mario Bros. (1985) that displays a new Twitter notification every time you step on a Goomba. Currently, the device is limited to Twitter, but Weil hopes to expand it to include other services in the future and turn it into “a true platform that anyone can use!”

For those looking to bring their NES into the information age, you can find the code behind the device over on Weil’s Github. As for the hardware, Weil is planning to post detailed tutorials on how to build it soon, but a simple description of the process is currently available over on her site. For those without a NES, Weil’s ROMs will work in an emulator, though she doubts if the same is true for the modem, as it would have to be connected to a PC using a USB adapter.