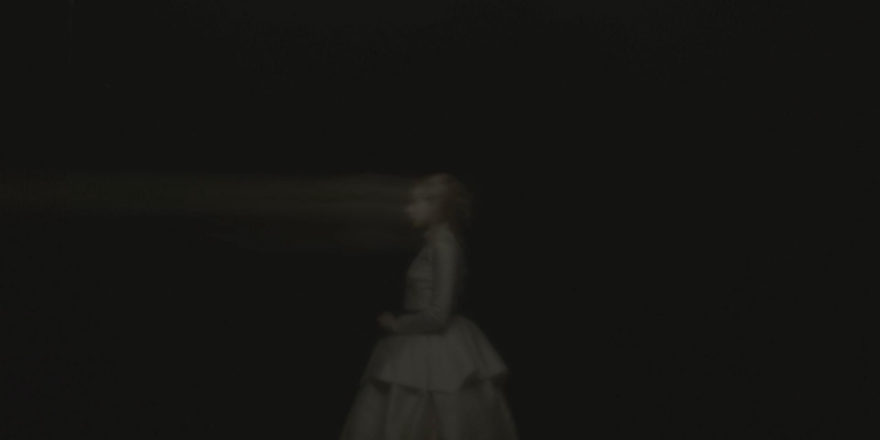 There are a lot of horror movies on Netflix. 99% of them are awful*. So it makes sense, in terms of Netflix’s long-term plans to provide half of its own content, that they would want to remedy this situation themselves. Better curation? Okay, yes, but in lieu of that we have I Am The Pretty Thing That Lives in the House, a new movie starring Ruth Wilson (Luther, The Affair) from director Oz Perkins. It’s curation-via-creation; creating the content you wish to see in the world. And to be honest, the faith placed in Perkins as an auteur is heartening for what it says about Netflix in general. Or it’s a total anomaly. Let’s hope it’s not that.

Perkins’s first film, The Blackcoat’s Daughter (originally titled February), was a sedate, soft-focus horror movie in a thoroughly modern tradition: see also everything from Darling to It Follows to When Animals Dream; the list goes on. Placid cinematography; vaguely retro styling; quiet takes on genre tropes.

this is a rigorously minimal movie

The Blackcoat’s Daughter features a twist so low-key that I completely missed it the first time around; Perkins may well be angling for someone to call him a “master of minimalism;” I Am the Pretty Thing That Lives in the House is his job application. This is a rigorously minimal movie; it is studiously staid, all careful soundscapes, morbid voiceover, and engrossing spectral whispers. There are maybe two jump scares, one of which is the film’s effective climax.

And contrary to nearly the entire slate of Netflix originals, I Am the Pretty Thing That Lives in the House is not a readymade crowdpleaser. It’s not a franchise entry like Luke Cage or Jessica Jones; it’s not a nostalgia ploy like Stranger Things; it’s not a total mess like The Fall. It’s not something that you can just hit “play” on and easily soak in. It’s weird; it’s spiny; it’s creepy; it’s fucking slow.

Perkins’s style, down to the way he’s directing Wilson—effectively the movie’s only actress—is mannered and manicured, resulting in a sort of suffocating chill. Call it Eurohorror via Wes Anderson; all the slow-burn pleasures of Jean Rollin rendered with sharp aesthetic rigor.

What I’m telling you is that I Am the Pretty Thing That Lives in the House is a rare beauty: a beguiling wisp of a ghost story somehow funded by the biggest streaming platform on the planet, told in smears of bleak poetic voiceover and curlicues of narrative sense. I can’t guarantee you’ll like it, but hell—you’ve got Netflix, right?

*The exception being Hellraiser. I’m on Twitter if you disagree.