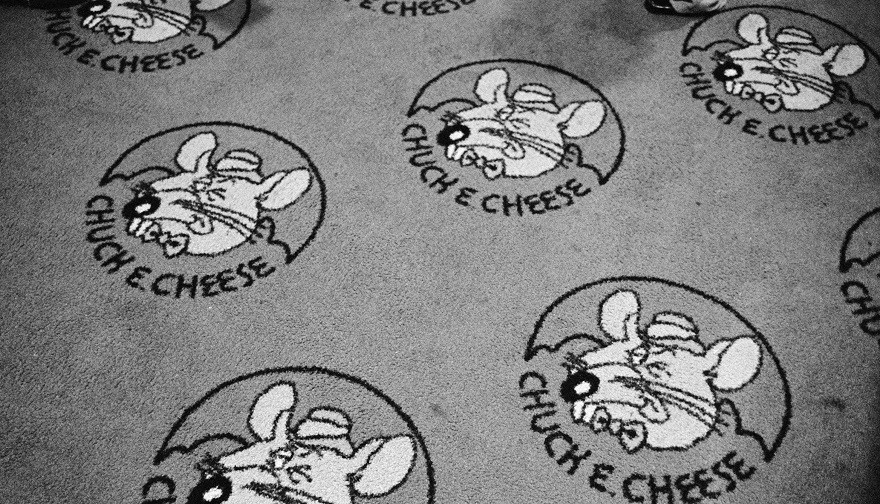 It was around 7 p.m. on a Sunday night when a mob of raucous adults turned violent at the local Chuck E. Cheese in Parma, Ohio. A woman attending a birthday party there complained that the photo booth wasn’t working. When the manager told her she would have to wait, one of the men from the party followed him into the kitchen where he then allegedly threatened to kill him. A brawl ensued as other employees and party-goers joined in.

This is the kind of story that’s come to define how people think of the once flourishing family arcade chain. Perez Hilton had an entire section of the website dedicated to the intersection of Chuck E. Cheese and crazy, and as Carmen Maria Machado wrote for The New Yorker last year, “Let’s be honest: there’s always been something a little bit seedy, from a grownup’s point of view, about Chuck E. Cheese, the national party-space chain.”

From the children’s point of view, however, Chuck E. Cheese was more than just the sum of its garish color palette, rancid pizza, and greasy tokens. It was the place where a kid could be a kid, as the slogan went—a sentiment that rings hollow when chanted by the disembodied voices of the children in the commercials, but which still somehow feels true when immortalized in black and white. A photograph collection taken by Ira Nowinski and digitized by Stanford University Libraries captures the surreal delight of Chuck E. Cheese not as it actually existed but as we always dreamed it might.

According to the library, “The Bay Area video arcade photographs were taken in 1980 and 1981 at several locations,” including the Exploratorium, home of the 1981 Atari Asteroids competition. From kids to adults, the pictures capture a quirky combination of tawdry 80s interior decorating and exuberant, fantastical arcade machines. A place existed, in other words, where a child could ride a fake pony while firing a toy gun at a TV surrounded by carpeting whose repeat pattern was the face of a wise-cracking rodent.

Once upon a time, the “Chuck E. Cheese’s Pizza-Time Theaters,” as they were originally called, were supposed to be the local, electronic successors to Disney’s magical theme parks. Created by Nolan Bushnell, the founder of Atari, the children’s entertainment chain was envisioned as a way to integrate the rise of arcades with Americans families’ penchant for eating out. By 1990, there were reports of a Chuck E. Cheese in Modesto, California hosting 4,000 birthday parties a year.

But more recently, the struggling company was bought by Apollo Global Management, the same private equity firm that acquired Hostess in 2013. Even as Chuck E. Cheese tries to fight off its image as a sleazy cultural relic and reinvent itself, for anyone born before the end of last century the child-like weirdness of Bushnell’s original vision isn’t easily forgotten.