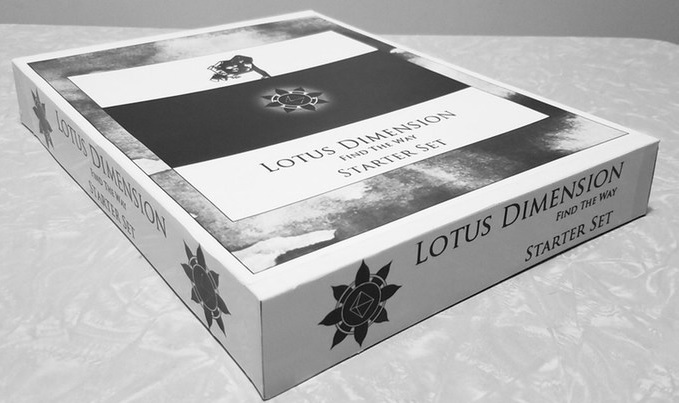 Lotus Dimension, a tabletop game by Scott Wayne Indiana that’s currently on Kickstarter, riffs on the best-known parts of Dungeons & Dragons (1974)—lots of adventure, deep storytelling, and actively encouraging creativity—but removes another: combat. Gone is the hack’n’slash, the destructive sorcery, the sharp but hidden blades that sawed your way through oh-so-many dungeons; you’re going to have to be more clever now. Lotus Dimension has sworn a vow of nonviolence, and you have no choice whether to follow it. Now pacifism has outgrown its adolescence of achievement runs and takes a seat with its grandfather at the tabletop, it’s time to learn the virtues of patience in a world that doesn’t allow saving and reloading.

”replaces violence and weaponry with empathy and ingenuity”

“If you can’t kill it, get creative” is the first thing any novice D&D player would learn during their maiden venture into its world. Lotus Dimension is simply removing step one. If you know you can’t kill it from the beginning, what else can you do? In Lotus Dimension, that question underlies the whole game. As the Kickstarter states, it “[replaces] violence and weaponry with empathy and ingenuity.” You’re forced to work around combat, and in an adventure game like this, that mentality can completely change the way you play the game.

Like D&D, Lotus Dimension has character classes with different strengths and weaknesses, but their similarities end there. In Lotus Dimension you could be a hacker, or a mystic, or even a free-runner (because we’ve all wanted to try parkour, haven’t we?). These classes and others follow a leveling/stats system “loosely designed around the noble eightfold path in Buddhism,” again reiterating the game’s focus on nonviolence. In fact, Lotus Dimension was inspired by pacifist philosophies, as well as historical figures like Gandhi and Martin Luther King Jr. who became famous for advocating nonviolence.

Lotus Dimension believes that the possibilities of pacifism are just as fruitful as those that are quicker and violent, and wants to make the extent of these possibilities known. The tabletop RPG was born in a dungeon surrounded by men with swords, but now the genre has grown up. Hopefully the rest of us will be able to too.

You can support Lotus Dimension on Kickstarter here.