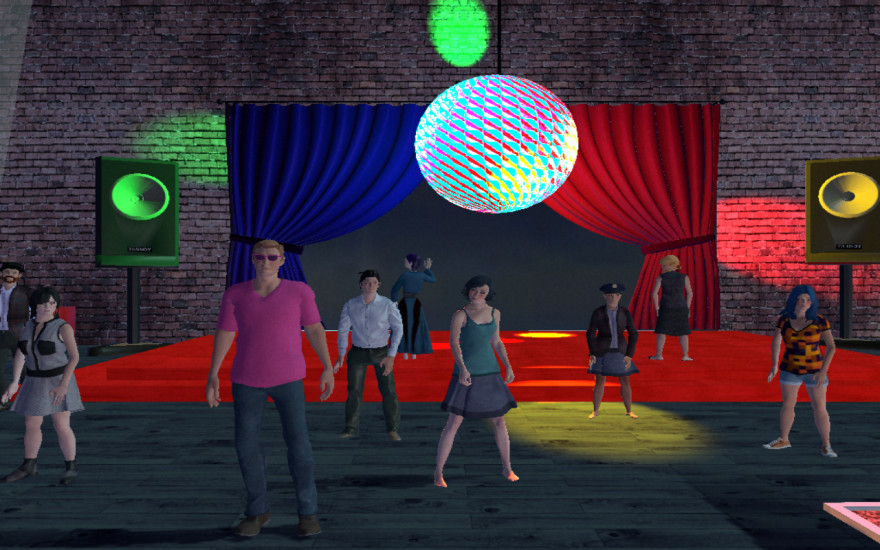 You can’t spell ‘discomfort’ without ‘disco.’ Or at least, that’s quite literally the scenario spelled out in game maker Fedor Balashav’s brief experimental title DISCO / DISCOMFORT . In DISCO / DISCOMFORT, the player enters a neon-flushed disco club in the midst of seemingly nowhere, an environment that quickly devolves into a sociophobia-driven nightmare. You, the player, are tasked with interacting with other people, but if only it were that simple.

Sociophobia is, by its dictionary definition, the fear of socializing. That means, the fear of social gatherings. The fear of embarrassment in the presence of peers. In DISCO / DISCOMFORT’s case, the fear of dancing and drinking at a club. It’s social anxiety at its utmost crippling. You enter the club, initially greeted by the room’s technicolored, disco-thumping embrace, until you take a step forward. The music grows distorted. Then another step forward. Some people turn around. Then everyone’s watching. The dancing stops. Everyone’s eyes are locked on you.

For the ‘full experience,’ Balashav notes that players should have an operational webcam. I had my webcam turned on, and while I wasn’t sure of its precise function, I did feel an uncanny eye-to-eye ratio when I passed by the ever-staring 3D people on the screen. They weren’t just looking at my faceless first-person character, they were looking at me. The real-life eye contact adds an extra level of dread to the experience.

As someone who suffers from social anxiety, and has even written about it from time to time, I found DISCO / DISCOMFORT to be realistically distressing—but that’s the point. Social anxiety isn’t cozy. It doesn’t turn off when you want it to. You work through it, even if it haunts you along the way. Whether it’s to get that “Special Introversion Award” trophy at the end of the disco club, or to do something else entirely.

You too can attempt to avoid other virtual humans at all costs by downloading DISCO / DISCOMFORT on itch.io for Mac or PC.