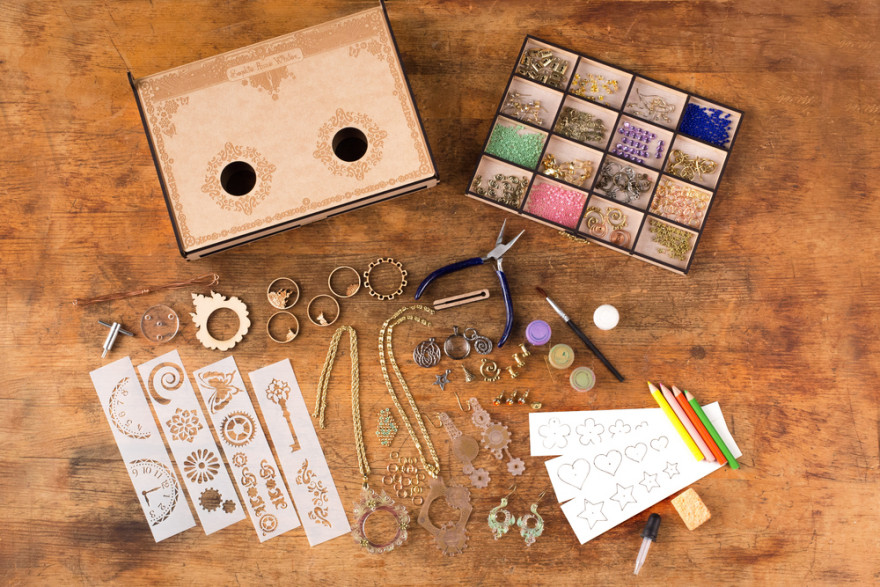 A new Kickstarter entitled Giapetta’s Workshop wants to blend coding, crafting, and narrative into a single game that encourages 8-12 year old girls to be interested in STEM. The game begins in the real world, with a necklace and jewelry box that each girl can customize to fit her own style. The necklace then becomes her portal into an animated Adventure-Story app that turns learning how to code into a magical journey. The necklace serves as an input device which reveals hidden spells that, in turn, can only be unlocked by learning a basic coding program.

Giapetta’s Workshop stars a twelve-year-old named Giapetta Geraldine Ginger-Giles, who discovers a magical necklace that can transport her to different magical realms. When a sorceress named Corundum turns Gia’s mother into stone, it’s up to her to learn how to use the necklace. This is where the computer programming comes in: to overcome certain puzzle challenges she meets along the way, Giapetta must put the right kind of elements together in the right order to successfully cast a spell. Unlocking spells becomes a game of problem solving, as girls test out different solutions with different effects. Each spell they cast correctly is then added to the necklace so they can use it again in a different situation.

“coding can be a creative endeavor”

Though the creators and toy-makers behind the game want to focus on closing the wide gender game between girls and boys interested in STEM (science, technology, engineering and math), they also wanted to give value to the more traditionally “feminine” faculties as well. They incorporated strong elements of the arts into Giapetta’s Workshop because “we want kids to understand that coding can be a creative endeavor.” Which is why the puzzles in Giapetta’s Workshop emphasize “opportunities to be imaginative: to use code to create music, art and animation.” In the end, the team not only hopes to inspire girls into STEM, but also to push beyond that and start teaching kids through what they’ve termed “STEAM education.”

You can contribute to the Kickstarter here.